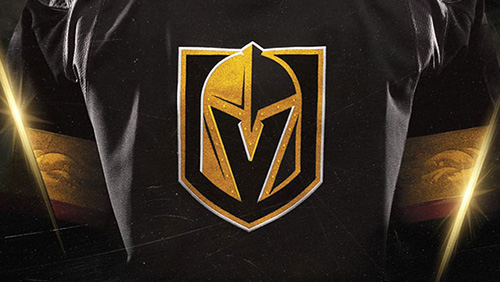 It’s only fitting that a professional hockey team based in Las Vegas be one of the first to go all out for the newly approved sports gambling industry in the United States. Last week, the NHL’s Vegas Golden Knights, announced that it had partnered with William Hill making the latter the team’s official sponsor and, now the team is mixing it up with electronic gaming machine supplier PlayAGS Incorporated.

PlayAGS announced that it has signed a corporate sponsorship deal with the franchise that will see the creation of a new “play of the game” feature. The feature will be integrated into the home games of the Golden Knights, which are played in the 17,500-seat T-Mobile Arena and will display key plays from the game.

The multi-year deal starts in October and is part of PlayAGS’s employee engagement and community outreach programs. The company will provide a title-night sponsor for each of the 41 home regular season games—as well as any post-season matches—in support of the NHL franchise’s promotion of ice hockey around the Las Vegas area.

The partnership will officially launch during the upcoming Global Gaming Expo (G2E), according to PlayAGS president and CEO David Lopez. The G2E will be held from October 9-11 at the Sands Expo and Convention Center. He added that the launch will showcase cheerleaders from the Golden Knights, as well as the team’s Gila monster mascot in conjunction with the debut of a new slot machine themed after the Golden Knights.

Lopez added, “PlayAGS Incorporated employees have been huge Vegas Golden Knights fans from the team’s inception and we are excited to take our support and love for this team to another level as corporate partners, working together with the Vegas Golden Knights and other corporate partners such as Caesars Entertainment Corporation, MGM Resorts International, Station Casinos and The Cosmopolitan of Las Vegas, to name a few, to truly demonstrate our mutual obsession with the game.”

Kerry Bubolz, president of the Golden Knights, called the sponsorship deal “a big milestone,” adding that he “couldn’t be more thrilled.” He further stated, “PlayAGS Incorporated has a renowned corporate culture and an expanding global reach, enabling us to connect our brand to its employees and customers in Las Vegas, across the country and around the world.”