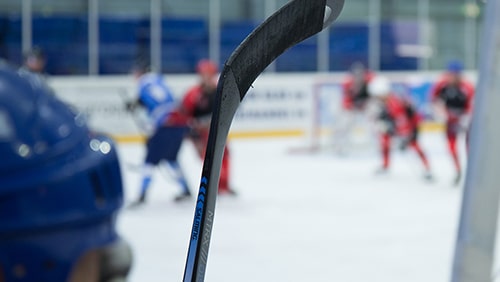 If the number-crunchers and the oddsmakers are correct, the National Hockey League (NHL) could get a new division as early as next season. Currently slated to start on January 1, there could be an all-Canadian group of teams taking to the ice, although the final decision still hasn’t been made. Bodog is giving sports gamblers a chance to take a shot at whether or not the new division might happen and has put up a couple of lines for gamblers to get the hockey gambling started ahead of the new year.

Should the all-Canada division be introduced, it would pull in the Toronto Maple Leafs, the Edmonton Oilers, the Calgary Flames and others, and possibly lead to the creation of new teams as it gains strength. Currently, Bodog’s gambling forecasters are giving the introduction of the new group odds of -220, while the rejection of the idea of a new division sits on +155. Clearly, there is a very good chance the NHL will have a division comprised of nothing but Canadian teams.

Hockey has always been Canada’s go-to sport, and the talk of a pure Canadian division coincides with a recent push by lawmakers to seek approval for single-event sports gambling. Canada has been stuck in parlay-only mode for years, but there is growing support for the expansion of gambling options in the country and, if approved, Canadians might soon be able to enjoy a wider range of action to aim for. The country’s ruling Liberal party accepted a single-event sports gambling bill at the end of last month that is currently being reviewed and which would rewrite the language regarding sports gambling in the country’s Criminal Code.

Should the all-Canada division be accepted, Bodog has also put together various odds on who might win the division title. The Maple Leafs are getting the most support, at +170, followed by the Oilers at +250. The Flames are a long-distant third at +600, while the Winnipeg Jets are looking at +650. The Vancouver Canucks and the Montreal Canadiens have been given +750 odds each, while the Ottawa Senators aren’t getting any love from oddsmakers. The team’s odds for winning the division are listed at +2500.

The reason for creating an all-Canada division isn’t just to see the NHL grow. Primarily, the impetus for the development is COVID-19, which has forced the US-Canadian border to remain virtually closed. As a result, there would be almost no chance for hockey teams to travel north or south to participate in games, and the division would help, in some way, counter that obstacle.

Although the NHL wants to get the new season started on January 1, that date has not been cast in stone. League Commissioner Gary Bettman has indicated that he wants to wait in order to gather as much information as possible before making any decision, and there is still a lot of uncertainty about how the new NHL season will look.