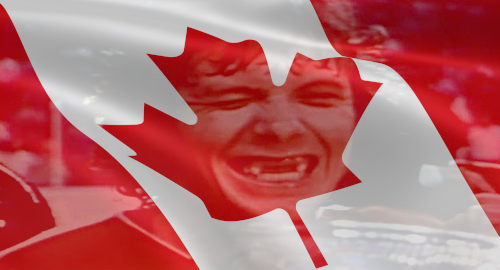 Canadian sports bettors are rejoicing after their government confirmed plans to authorize single-event wagering, although fixed-odd race betting fans may be miffed at being left out of this party.

Specifically, Lametti is proposing to allow provinces and territories “the discretion to manage single-event sport betting in their respective jurisdictions and offer Canadians an opportunity to place bets in a regulated environment either online or in physical facilities.”

Lametti said the changes proposed in his C-13 bill would “help create a safe and regulated environment” for Canadian bettors, while “taking profits out of the hands of organized crime.” Lametti also suggested the changes would encourage operators to “work with Indigenous people to strengthen their participation in the gaming industry.”

Provincial monopolies and their customers have long chafed at the Code’s betting restrictions, which require them to bet on the outcome of multiple events. This has resulted in a thriving business for both internationally licensed online bookmakers that serve the Canadian market as well as the sketchier bookies affiliated with local organized crime groups.

(Speaking of, Wednesday saw British Columbia authorities announce illegal gambling charges against four individuals, including a full-patch member of the Hells Angels, for an operation that was being run out of the back of a café in Burnaby.)

Canada’s governing Liberal party is effectively adopting a private members’ bill (C-218) put forward this spring on behalf of a member of parliament from Windsor, Ontario. Previous betting bills that suffered ignominious ends were introduced by other Windsor MPs, who sought ways to benefit the local Caesars Entertainment-managed casino. (This view took on greater urgency after the three commercial casinos in neighboring Detroit were authorized to offer sports betting earlier this year.)

The Liberals currently hold a minority share in parliament, meaning they will have to secure the support of at least one other party to ensure the betting changes are adopted. But opposition parties have largely signalled their willingness to support the measure, making the eventual vote something of a foregone conclusion.

NO FIX FOR RACING BETTORS

Lametti’s proposed tweaks apply to “any sporting event except horseracing,” as the federal government intends to “maintain its role in overseeing pari-mutuel betting” via the Canadian Pari-Mutuel Agency. Racing bettors seeking better value will almost certainly grumble at being disinvited from this party.

This weekend, Jim Lawson, CEO of Ontario’s Woodbine Racetrack, issued a warning that provisions in C-218 that allowed sportsbooks to take wagers on Canadian races without kicking back some of the proceeds to tracks was “a real threat” that risked “putting the horseracing industry under.”

Lawson pointed to Australia, where fixed-odds betting now accounts for 60% of total race betting handle. Lawson noted that younger bettors, in particular, had no fondness for pari-mutuel betting because they find it “complicated.” Lawson didn’t say it, but younger bettors also object to the hefty ‘takeout’ by racetracks that dramatically reduces the pool of funds from which any winnings flow.

Lawson also suggested that racing exchange its traditional government subsidies – around C$100m (US$77m) per year in Canada’s largest province Ontario, in which Woodbine resides – by authorizing tracks to also offer sports betting. Lawson said racing deserves a cut “because of our skill set and our technology” and Woodbine wants “to be a participant” in this brave new betting world.

Like all retail gambling operators, Woodbine has been attempting to mitigate the impact that COVID-19 has had on its business. Last week, the track announced a new ‘Quick Cash Stop Betting’ program that allowed bettors to place their bets via terminals at the facility’s main entrance, which bettors were encouraged to do “in a timely manner and then exit.”