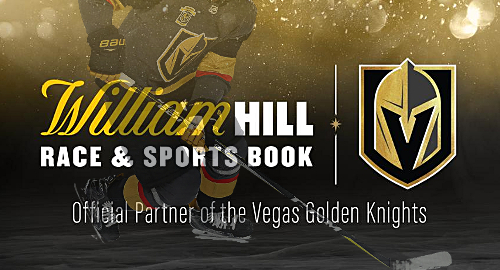 On Tuesday, the US division of UK-listed bookmakers William Hill and the NHL’s head office announced that the league’s Las Vegas franchise had inked a “landmark, multi-year partnership” that will see the partners “collaborate on engaging with fans of legal betting age” through a variety of media platforms.

While the financial terms weren’t disclosed, Hills will get visible signage at the Knights’ T-Mobile Arena, plus a “TV-visible dasherboard,” updated league-wide odds displayed on the arena’s scoreboard during intermission, an “away game watch party” and the proclamation of a “William Hill Line Change” on the arena’s LED ribbon board whenever the Knights head coach swaps his on-ice players.

Hills has an established presence in Nevada’s casino and mobile sportsbook market and Knights President Kerry Bubolz heralded this union of two ‘Vegas Born’ organizations. William Hill US CEO Joe Asher returned the compliment, saying his group was proud to partner with a team that had already proven itself part of the community following its arrival in 2017.

While sports betting has long been legal in Nevada, the Knights’ previous sponsorship deals with local casino operators prevented these casinos from promoting their sports betting operations. But that was prior to the US Supreme Court striking down the federal betting ban this spring.

Hard to believe that it was only three years ago that NHL Commissioner Gary Bettman opposed legal wagering due to his belief that the league didn’t want fans having “another agenda” besides rooting for their team to knock the chiclets out of their opponents’ mouths.

The NHL now says it will permit its franchises to partner with sports betting operators provided such activity is legal within their respective territories. Bloomberg recently reported that the New Jersey Devils expected a $5m windfall from gambling-related sponsorships in the upcoming NHL season that gets underway next month.

American sports leagues have been growing increasingly comfortable with gambling ever since the Supreme Court ruling, including the almost comically gambling-phobic National Football League, which allowed its Dallas Cowboys franchise to sign an official casino partnership with Oklahoma’s Winstar World Casino earlier this month.