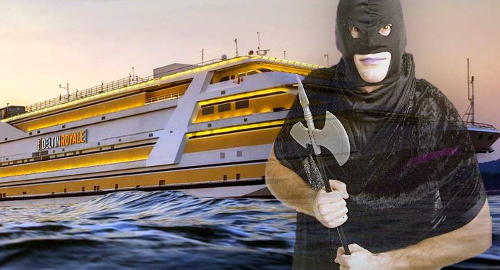 Floating casinos in the Indian state of Goa have been granted yet another reprieve from their forced relocation, in what definitely qualifies as the day’s least surprising news.

On Saturday, Goa’s Public Works Minister Sudin Dhavalikar granted the state’s six floating casinos another six-month extension of their ability to operate on the Mandovi river. The announcement came just one day before the last six-month extension was set to expire.

For years now, Goa’s government has been promising to shift the shipboard casinos to a new waterway, but only as a temporary measure. The ultimate plan is to compel the casinos to permanently transfer their operations to a designated land-based gaming zone, possibly as part of an in-development airport near the state’s northern border.

The original plan was for Goa’s floating casinos to move ashore by 2020, but Goa’s Chief Minister Manohar Parrikar announced in early August that the transfer might not take place until 2022. Parrikar also promised to appoint a judicial commissioner who would be responsible for regulating casino activity as of this December.

Parrikar also said the new land-based licenses would be valid for a period of 10-15 years, and access to all of the state’s casinos would hereafter be restricted to out-of-state tourists.

While the water-to-land relocation will prove both disruptive and costly for operators, the long-term result will likely make up for the bother. Citing figures from similar casino relocations in the US state of Illinois, analysts have suggested shipboard casino operators could see their gross gaming revenue improve by as much as 25% once the legs of their gaming tables are firmly on dry land.

Goa already has a number of land-based gaming venues, most of which are located in tourist-friendly upscale hotels, but they are restricted to offering electronic gambling, i.e. no table games. All Goa casinos were hit with stiff hikes in their fees and taxes in the current fiscal year, which got underway on April 1.