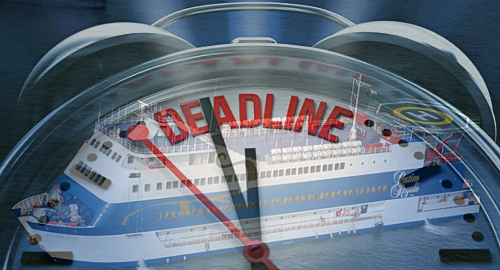 Floating casinos in the Indian state of Goa have been granted yet another reprieve from their proposed expulsion from the Mandovi river.

On Wednesday, Goa’s state government announced that the five shipboard casinos currently plying their trade on the Mandovi had been given an additional six months to find an alternate waterway to call home. The government had previously announced the casinos would need to find a new home by September 30.

Goa Chief Minister Manohar Parrikar said he doubted that the government would require the full six months to come up with a solution to relocating the floating casinos. “By December, as promised, we should be able to come out with a policy.”

For years now, Goa’s government has been trying to find a new temporary location for its floating casinos, but ‘not in my backyard’ attitudes seem to prevail wherever the government suggests alternatives.

The floating casinos have been accused of dumping raw sewage into the Mandovi, making it unsuitable for swimming or other water activities. An even greater environmental threat was narrowly averted when a sixth floating casino ran aground this summer as it was being towed down the Mandovi. The owners of the MV Lucky 7 were recently given until October 10 to extricate the ship from the Miramar beach sandbar or face the legal consequences.

Another floating casino, the Delta Corp‘s Om Sai, narrowly avoided disaster over the weekend when it was struck by a small cruise boat. While police described the incident as “minor,” 42 tourists had to be lifted from the cruise boat due to it having experienced “machine failure.”

In July, the government announced that all floating casinos would be forced to shift their operations to dry land within three years. A proposed entertainment zone near the under development Mopa International Airport in the city of Pernem has been suggested as a possible land-based home for the floating casino operations.