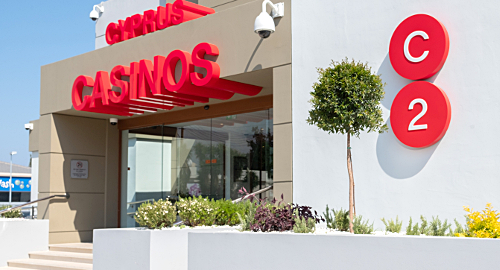 This week, Melco International’s Cyprus Casinos (C2) venue announced that its new Limassol gaming venue had welcomed over 175k individual guests since its soft-launch on June 28. The property held its official grand opening ceremonies this week.

The Limassol venue has apparently made up ground since its soft launch, as C2 president Craig Ballantyne originally said the property’s visitation had been “below expectations,”. The underwhelming birth was blamed in part on what Ballantyne claimed were unfair advantages offered by small-scale casinos in the Turkish-controlled northern half of Cyprus.

But C2 weathered the storm and said this week it had signed up 13k customers to the property’s loyalty program, “thus achieving the goals set by Melco Group,” according to an official statement from the company. Ballantyne added that C2’s first three months of operation “were successful and the results exceeded our expectations.”

Cypriot Minister of Finance Harris Georgiades and Limsassol’s Mayor Nicos Nicolaides were on hand for C2’s official grand opening, and each talked up the financial boost Melco’s gaming operations will give the local economy.

The Limassol venue is a temporary stand-in for Melco’s in-development €550m City of Dreams Mediterranean integrated resort, which won’t open its doors for another three years. After it opens, the Limassol venue will close its doors forever, and its staff will migrate to the larger resort.

Under the sole casino license Cyprus issued in 2016, Melco is also permitted to open four smaller ‘satellite’ venues, only one of which will be authorized to offer table gaming, while the others will each be restricted to a maximum of 50 electronic gaming machines. Three of these venues will launch later this year, while the fourth will open in Ayia Napa late next year.