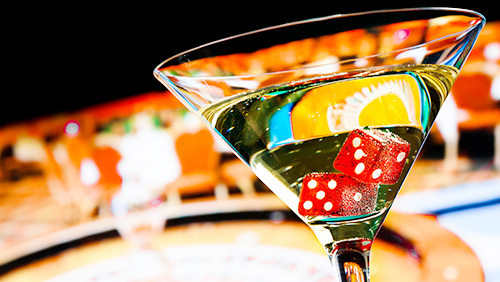 The first fully licensed casino in Cyprus, C2 in Limassol, is about to officially open its doors, after holding a soft launch this past June. In an announcement on Monday, the casino indicated that it will celebrate its grand opening with two huge events this week, one of which was held Tuesday night. The other is scheduled for Wednesday evening.

According to the announcement, “While the two-day festivities will serve as the ceremonial grand opening, the events are more of a celebration of the past three months and the C2 way of saying thank you to the community for all of their support thus far…In three short months, C2 has become a must-see destination for locals and tourists alike. Currently, more than 600 persons are employed at the casino, and the vast majority of those being Cypriot citizens.”

Tuesday night’s festivities included a cocktail party for the business community on the Mediterranean island, as well as for a number of government officials. Wednesday’s party is open to the public and will offer an array of festivities and surprises.

“Guests will have the opportunity to win cash prizes and gifts amidst the bounty of the Columbia Bistro food, drinks and other surprises throughout the celebration,” explained the casino.

C2 is one of several smaller satellite casinos that have are being established by Melco on the island. C2 is a temporary casino that will operate until Melco’s City of Dreams Mediterranean (CODM) resort is complete, currently scheduled for 2021. C2 offers 258 slot machines, 33 gaming tables, a VIP gaming area, a restaurant and two bars.

CODM is being built at an expense of $559 million. It will include 136 gaming tables, 1,200 gambling machines, a 500-room luxury hotel, health spa and a concert hall. It is projected to attract as many as 300,000 additional tourists annually.

Melco is in the process of opening four more satellite casinos on the island. Three of them—those in Larnaca, Paphos and Nicosia—are expected to open before the end of the year and the fourth, in Ayia Napa, should be ready during the first quarter of 2019.