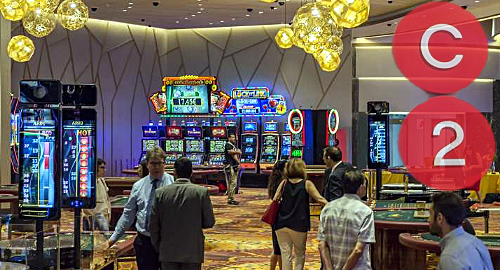 Melco International Development’s new Cyprus casino claims attendance is on the rise since the property opened three weeks ago.

On Wednesday, the Cyprus Mail quoted Craig Ballantyne, Melco’s top man in Cyprus, saying the new Cyprus Casinos (C2) ‘pop up’ venue had welcomed 34k guests since its June 28 opening. Ballantyne claimed that the figure had “exceeded our expectations and we are very gratified with the response from our guests.”

That’s a far different reaction than Ballantyne offered earlier this month, when he said the 7k unique visitors over the property’s opening weekend was “below expectations.” This week, Ballantyne said attendance was “accelerating,” driven by “strong, positive word of mouth and self-discovery by the market.”

C2 is the temporary venue Melco was allowed to open while its primary City of Dreams Mediterranean integrated resort – scheduled to open in 2021 – is being built in the Limassol area.

Melco’s Cyprus license also permits it to operate several slots-only satellite venues, and the Cyprus Mail reported last week that one of these venues would open at the Lamaca airport in 2019, while another in Nicosia will open later this year.

CHANGES AFOOT FOR TURKISH CYPRIOT CASINOS?
Meanwhile, the Turkish-controlled northern half of Cyprus may or may not be considering relaxing its ban on allowing its Turkish residents to visit casinos on its side of the ‘green line’ separating the two halves of the island.

As a Muslim country, Turkey bans most forms of gambling, and the 30-odd casinos in the Turkish-controlled half of Cyprus are only accessible by international tourists or Greek Cypriots who cross over the green line.

Denktas said the change was sparked by the opening of Melco’s C2 casino, and that the government was of the belief that if Turkish Cypriots were able to gamble simply by crossing the green line, then they might as well gamble closer to home.

However, Foreign Minister Kudret Ozersay said Denktas was out to lunch, insisting that the government had no such plans. In fact, Ozersay said the government would be better off intensifying inspections and controls at its casinos and collecting more taxes.

More strict regulation of the north’s casinos would be music to the ears of Melco’s Ballantyne, who previously claimed that C2 wasn’t operating on a “level playing field” with its Turkish competition, whose lack of oversight meant they could “give everything free” to customers, including alcohol, tobacco, “just about everything and anything.”