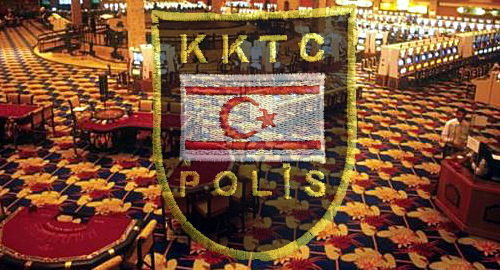 Casinos in the Turkish-controlled northern half of Cyprus are reportedly being probed for allegedly laundering the astounding sum of $5b. Or perhaps not.

On Monday, Turkish Cypriot media outlet Havadis reported that the Turkish Board of Investigation on Financial Crimes (MASAK) was looking into allegations that some 13 gaming venues in the northern half of Cyprus had laundered some $5b for as-yet parties unknown.

The report claimed that MASAK had seized $100m after studying accounts linked to seven casino managers, which reportedly revealed transfers of vast amounts of foreign currency. Some 20 companies affiliated with the casinos are also reportedly under MASAK’s microscope.

The report went on to link the funny money transfers to seven Turkey-based banks, including Bank Asya, which was shut down in 2016 for its links to controversial cleric Fethullah Gülen, who the Turkish regime has declared an outlaw and is currently in exile in the United States.

However, other Turkish media outlets quoted Turkey’s Minister of Finance Serdar Denktas saying he’d only learned about the brouhaha through the media reports but had subsequently contacted MASAK, which informed him that there was no such investigation underway. Havadis has yet to follow up on its original report, which remains on its website in its original form.

The Turkish-controlled half of Cyprus has long permitted small scale casinos, which aren’t allowed on the Turkish mainland. There are also casinos in the ‘buffer zone’ town of Pyla, which separates the Greek-controlled Republic of Cyprus from its Turkish counterpart.

Numerous illegal gaming venues have plagued the so-called British Sovereign Base Areas (SBA) of Akrotiri and Dhekelia. Earlier this month, SBA officials destroyed what they claimed was “a large hangar filled with equipment” seized from these illegal casinos over the years. The seized gear, which an SBA officer claimed was worth “tens of thousands of euros,” included roulette and blackjack tables, computers and other gaming paraphernalia.

The Republic of Cyprus will welcome its first official casino this summer, a temporary venue that will tide the locals over until Melco International Development’s €550m City of Dreams Mediterranean integrated resort opens its first phase in 2021.