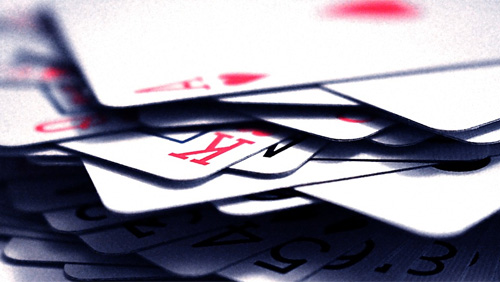 Another round-up from the PokerStars’ World Championships of Online Poker including Linus “LLinusLLove” Loeliger impressing in the $10m GTD Main Event, and victories for Shaun Deeb and Steve O’Dwyer.

It’s been a busy week for former online poker proteges who successfully hid their identities for years.

Timofey ‘Trueteller’ Kuznetsov is the new face of partypoker.

And Loeliger’s not finished yet.

Yesterday, the $5,200 buy-in, $10m GTD Main Event, glided through Day 2 without a DDoS attack in sight, and Loeliger leads with 17-players remaining.

Here are the top five:

Noah “Exclusive” Boeken is in ninth place, and Michael “mczhang” Zhang is also in the picture.

There are also 17 players remaining in the $55 buy-in Main Event.

Three of the top five come from Russia, including the leader.

A Mixed Day For Lex Veldhuis

The longest lasting member of PokerStars team Pro was Lex Veldhuis. The Dutchman finished 58th for $28,632.35, and rather sensationally, streamed the whole thing on Twitch, attracting 32,839 concurrent viewers at its peak, the second highest volume across the full breadth of the platform.

Veldhuis’ record stream came one night after Veldhuis celebrated amassing more than 7,000 subscribers at $4.99 a pop. However, even an old pro like Veldhuis will still be thinking about what might have been after his exit hand saw him flop top pair with AKo versus Q9ss, only for his opponent to hit runner-runner spades to eliminate the man who has everything in his armoury to overtake Jason Somerville as poker’s top draw on Twitch.

In Other WCOOP News

First started playing wcoop in 2005, had just one ft ever in a dumb $109 turbo but just won the $2k for my biggest ever online cash

The $25k High Roller will round things off after the Main Event hands out the remainder of its $10.2m in prize money.