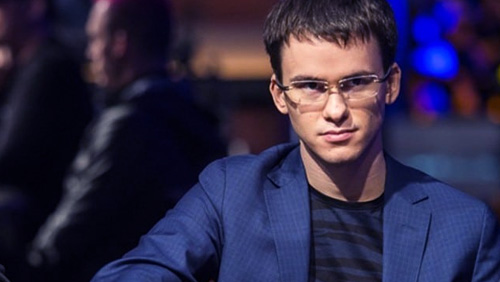 Online poker giants partypoker continue to strengthen their brand with the addition of another superstar as Russia’s Timofey “Trueteller” Kuznetsov joins the ever-expanding Team Pro lineup.


It’s not easy for an online poker room to snag a top talent from the high stakes cash game realm. The ones worth tapping up have so much money they’re like Rapunzel locked in a tower that nobody can ever reach.

And yet the hair just came down for partypoker.

Sitting at the top, playing on a harp, was Timofey “Trueteller” Kuznetsov.

The 27-year old is the latest member of the partypoker ambassadorial team, and his signature is quite a coup if you are interested in taking control of the high stake’s market. Kuznetsov becomes the second Russian to represent partypoker after Anatoly Filatov joined the crew back in March 2017.

Trueteller is a modern day legend in online cash game circles. The Russian star crushed the high stakes online games between 2011 and 2015 without anyone having a clue who he was.

Then, at the 2015 Poker Players Championship (PPC) at the World Series of Poker (WSOP), Kuznetsov told his tablemates that he was the blood and guts behind the avatar that had murdered the very best online players in the world to the tune of $3.1m on PokerStars and $2m on Full Tilt.

During a rare interview with Triton Poker, Kuznetsov told the reporter that Macau is his favourite place to play poker.

Who knows how many millions Kuznetsov has won competing in those live nosebleed games in Macau?

So why step into the limelight now?

“I am excited to join the partypoker team,” said Kuznetsov. “It’s a dark age in poker; good sides must unite. I’ve spent all of my career in social silence; it feels like it might be a time to change that.”


And what role will he play?

“I am looking forward to using my experience of online games to help shape the poker ecology at partypoker and get involved in the new software developments,” said Kuznetsov. “I also have a keen interest in working with partypoker to develop better mixed games, and I can’t wait to start working on this proposal.”


Kuznetsov makes his partypoker debut during the latter part of POWERFEST. There is also a cute looking $25k, $1m GTD event at MILLIONS UK at the end of September if he wants to hop on Leon Tsoukernik’s jet plane to take a punt.