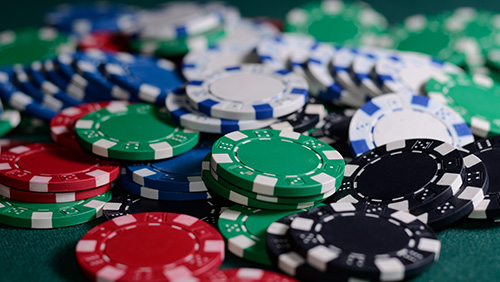 As part of its MILLIONS series of tournaments, partypoker has launched a new $500,000 Passport online poker promotion. The promotion will award the winner the opportunity to compete in live high-stakes poker tournaments at a number of destinations around the world.

The promotion kicked off early this week and will run until the end of the month. Partypoker will give the winner the backing and means to make the move into live poker action. As part of the MILLIONS promotion, it will see a number of online satellites, which give winners seats at the $20 million MILLIONS Online tournament that will get underway on November 25. That tournament is billed as the largest online poker tournament ever to be recorded.

The MILLIONS Online tournament will have a buy-in of $5,300. However, through the satellites, players can compete for a seat for much less. The satellites run every day and the buy-in is as low as a penny.

To be eligible for the Passport promotion, a player has to win a seat to the November Online event by participating in the satellites that are running this month. After that, a win at the $20-million GTD MILLIONS tourney running from November 25 through December 5 is needed.

The MILLIONS Online tourney offers a top prize of $2.5 million. While that would certainly be enough to hit the live pro circuit, partypoker will, instead, finance the journey.

All of the criteria mentioned are required to be met for someone to win the package. If a satellite player does not win the $20-million GTD MILLIONS tourney, no package will be awarded. However, partypoker will give the player who runs the deepest a Passport package worth $25,000. That package only covers event buy-ins and not travel, lodging or spending money.

This year’s MILLIONS Online event has a prize pool that is four times larger than the $5 million seen in 2017. The top four winners this year will all receive payouts in the seven-figure range.