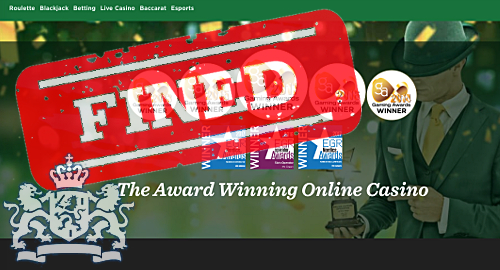 On Wednesday, the Netherlands’ Kansspelautoriteit (KSA) regulatory body announced that it had imposed the six-figure penalty against MRG’s Malta-licensed subsidiary Mr Green Ltd for offering online games of chance to Dutch punters via the MrGreen.com website without a local license.

The KSA says its investigation of Mr Green’s activities in the Netherlands found that the site was failing to block Dutch customers from gambling during the period spanning July 13-November 7, 2017. The site was also found to be offering a Dutch-language option, Dutch-speaking customer service and popular Dutch payment processing options like iDeal.

Mr Green countered that Dutch gambling policy was inconsistent with European Union rules on the restriction of trade among member states. The company further argued that the its Dutch-language services were actually intended to cater to Dutch ex-pats and that geo-blocking individual countries was really, really hard.

Mr Green also claimed that being hit with a financial penalty could impair the company’s chances of acquiring a Dutch online gambling license once the government finally makes good on its pledge to open the market to international sites. Mr Green claimed this would effectively amount to them being penalized twice for the same offence.

The KSA responded that there is nothing in the Dutch remote gambling bill that automatically bars penalized operators from receiving a new Dutch license. Indeed, the Netherlands’ Minister for Justice and Security has stated as much.

(Speaking of, a Dutch senate committee announced Tuesday that it hopes to finalize its report into the online gambling legislation by October 16, clearing the way for a plenary session of the legislative body at which further debate will be conducted before an actual vote is cast.)

The KSA’s report also mentions two MRG-affiliated companies that engaged in equally offensive operations in the Netherlands, but these two firms were let off with a warning, at least, for the time being. Not content with this show of leniency, Mr Green has decided to appeal its financial penalty.

Like Mr Green, Betsson’s KSA fine was imposed weeks before the company went public with the news, a delay that Swedish media outlets suggested could lead the Stockholm stock exchange to conclude that the company fell short of its obligations to inform its shareholders.

Betsson spokesperson Pia Rosin claimed the company’s hands were tied regarding the announcement due to the KSA’s “procedure,” but the KSA countered that it hadn’t imposed any restrictions on Betsson/Corona’s ability to publicly mention the penalty, nor did the KSA have the authority to do so.