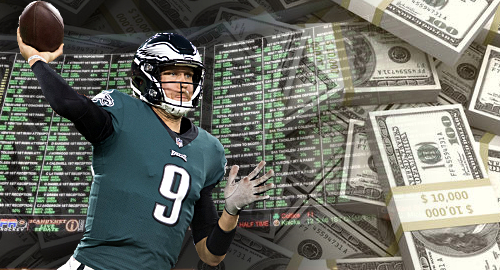 It’s the morning after the first night of legal single-game wagering on the National Football League outside Nevada, and there’s no shortage of sports betting news that needs to be updated. Read on…

On Thursday, the Mississippi Gaming Commission (MGC) announced that the first month of legal wagering at the state’s land-based casinos produced betting turnover of $9.8m. The state launched its legal betting market on August 1 and there are now no less than 19 land-based wagering options available to local bettors.

MGC exec director Allen Godfrey told the Daily Journal that the results “seem like positive numbers,” although it pales in comparison to the $40.7m that New Jersey’s licensed betting operators took in July, and there were far fewer operators authorized to take those bets at the time. However, Mississippi’s population is only one-third of New Jersey’s, so we’ll cut them some slack.

The casino’s racing operations VP Eric Zimny told MetroNews that the casino paid out only 50% of this sum to punters, although he cautioned that a number of the wagers it took were of the futures variety, meaning the actual payout ratio could eventually grow.

Getting back to New Jersey, Thursday saw Caesars Entertainment announce the addition of a sports betting option to its existing Caesars Casino App for both Android and iOS users. This brings the state’s digital wagering options to six, counting DraftKings, FanDuel, MGM Resorts, PlaySugarhouse and William Hill.

Finally, this week saw PokerStars’ parent company The Stars Group (TSG) make the first tweets from a new US-specific Twitter feed for its BetStars sports betting brand. The company intends to market its US wagering activity under the moniker BetStars USA.

Poker Industry Pro revealed this week that TSG is also prepping its new BetStarsNJ.com website and apps for both Android and iOS, all of which are expected to launch this month. In August, TSG announced that it had extended its deal with its existing New Jersey online gambling partner Resorts Casino Hotel to include online and mobile wagering components.