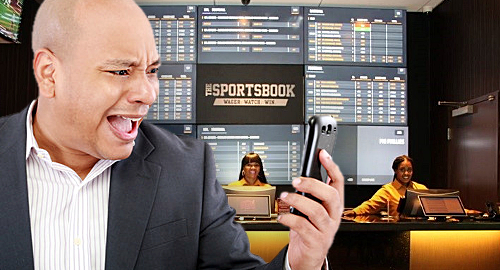 Sports betting in the US of A is a non-stop news feed run amok that scoffs at alleged downtime such as Labor Day, so crack another beer and read on.

FanDuel Sportsbook is available via Android and iOS apps, as well as the standard desktop option, while Hills’ app is Android-only, at least for the present. Both company’s products are currently in a five-day testing phase restricted to a small batch of punters until the Division of Gaming Enforcement is convinced the products are ready for prime time.

Hard to believe it was only a month ago that DraftKings had the state’s mobile betting market all to itself. That monopoly was spoiled a couple weeks ago when MGM Resorts’ PlayMGM NJ Sports app appeared, while Rush Street Interactive’s SugarHouse Sportsbook followed a few days later. Expect this app-happy release schedule to only increase in the coming weeks.

FANDUEL PENS PENNSYLVANIA DEAL
Already active in New Jersey and soon to be active in West Virginia (via its Greenbrier Resort partnership), FanDuel is reportedly preparing to announce a sports betting deal with Pennsylvania’s Valley Forge Casino. The news was reported Friday by PlayPennsylvania.

Last month, FanDuel announced a sports betting partnership with Boyd Gaming, which acquired Valley Forge last December. The casino has yet to submit a sports betting application to the Pennsylvania Gaming Control Board, and there’s a mandatory 90-day waiting period between filing and launching, so Santa may arrive before Valley Forge’s betting, but better late than never, right?

SBTECH ROLLS OUT BETTING KIOSKS IN MISSISSIPPI, NEW JERSEY
European betting technology provider SBTech is celebrating the launch of its complete on-property sportsbook solution in two states with three casino operators. SBTech’s products are now in action at the Resorts Casino Hotel and the Golden Nugget in Atlantic City, and at Churchill Downs Inc’s two Mississippi casinos, the Harlow’s in Greenville and the Riverwalk in Vicksburg, plus the Golden Nugget casino in Biloxi.

SBTech has already received its gaming license in Mississippi and is operating under a transactional waiver in New Jersey. Its product offering includes both states’ first self-service betting kiosks, which are helping to thin the herds crowding the sportsbooks’ betting windows.

WEST VIRGINIA REGULATOR PULLS THE EJECT LEVER
West Virginia got its legal wagering market underway last week after the Hollywood Casino at Charles Town Races launched its sportsbook a couple days ahead of schedule. But before the ‘official’ launch on Saturday, West Virginia Lottery Commission director Alan Larrick announced that Friday would be his last day on the job.

Larrick, who was appointed director in January 2017, has so far offered no explanation for his abrupt exit. With Larrick gone, Doug Buffington, the deputy secretary for the state’s revenue department, will serve as acting Lottery director.

The governor’s office said Larrick informed Gov. Jim Justice of his intention to leave after the Hollywood sportsbook opened, but the governor offered no further insight into Larrick’s thinking, saying only that Larrick “has done an excellent job and he will be missed.”