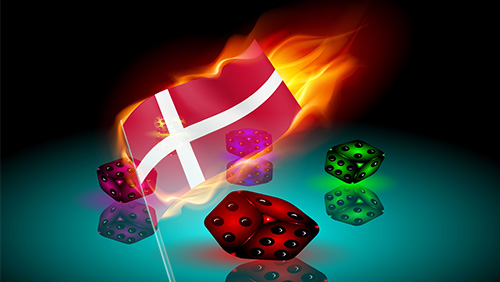 Online gaming operator MRG has been given the green light to start offering sports betting in Denmark, according to a press release.

MRG CEO Per Norman said, “It’s great that we now can introduce our strong Sportsbook offering also in Denmark.” The company already has a sportsbook license in Ireland. Two weeks ago, MRG, through its newly acquired iGaming company 11.lv, also signed a multiyear extension of a contract with Gaming Innovation Group for provision of odds-making tools and other sports-betting services.

The company already operates iGaming sites bingosjov.dk and bingoslottet.dk in Denmark. Only last December, the Danish government granted MRG a casino license. “The company’s casino has grown quickly and is a success in Denmark,” MRG said in its statement.

MRG is known for its brands such as Mr Green, Redbet and MamaMiaBingo. The company’s revenue for the first half of 2018 was $86.7 million, 40.8% higher than the same period in 2017, with earnings before interest, depreciation and amortization (EBITDA) of $10 million.

As part of its expansion plans, MRG is also applying for a Swedish online gambling license, after passage of Swedish legislation that opens the country to international gambling operators beginning in 2019. The licenses will be valid for five years and require an 18% tax on revenue to be paid.

Danish regulator Spillemyndigheden, in its most recently released statistics, said that betting operators registered DKK555.4 million ($86.5 million) in gross gaming revenue for the first quarter of the year. While this was 22% lower than the previous quarter, it was a 7% increase from the same period the previous year. The statistics do not yet take into account the liberalization of horse, dog and pigeon racing in the country at the start of this year.

If Danish politicians’ opposition towards online gambling is an indication, MRG and other sports betting operators are in for challenges dealing with calls for regulation. Last April, members of the Danish parliament called for a cap to bonus offers being made by online gambling operators.