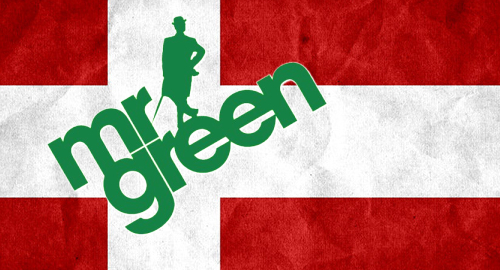 Stockholm-based online gambling operator Mr Green is preparing to make a Danish market splash via the acquisition of Dansk Underholdning.

On Monday, Mr Green announced that it had acquired all of the shares of Danish-licensed online operator Dansk Underholdning, whose primary business involves casino games, ahead of Mr Green’s plans to launch its own brand in Denmark later this year.

The deal calls for Mr Green to pay €9m upfront, with a possible additional maximum consideration of €650k payable depending on certain performance benchmarks. Pending regulatory approval, the deal is expected to close in April.

Mr Green says it paid cash for the acquisition, and as such the company’s board of directors will recommend that no dividend be paid to shareholders for the 2016 financial year. The board expects the Dansk Underholdning acquisition will have a positive effect on 2017’s earnings and cash flow.

Dansk Underholdning operates several Danish-facing brands, including Bingosjov, Bingoslottet and Balletbingo. The company generated revenue of €3.9m in 2016, 27% higher than the company reported in 2015.

Dansk Underholdning CEO Peter Eugen Clausen, who will remain at the helm following the acquisition, called the deal “a perfect match” of his company’s local knowledge and Mr Green’s “competences and economies of scale.” Mr Green CEO Per Norman said a Danish acquisition had been “high on our list” as part of the company’s strategy of expansion to locally regulated markets.

Mr Green is the latest to find Denmark irresistible, as Intertain’s online casino brands Vera&John and InterCasino recently received Danish licenses, while LeoVegas is prepping a sports betting product to join its Danish-licensed online casino in 2017.

RELEASE THE PIGEONS!
In other Danish market news, last month saw the government announce plans to amend its gaming legislation to end the state-owned Danske Spil’s monopoly on horserace betting, while approving new markets for greyhound and pigeon (!) race betting by January 1, 2018, assuming the plans garner the approval of the European Commission.

The government is also looking at ending Danske Spil’s monopoly on online bingo, based on its estimates that the unauthorized online bingo market is twice the size of Danske Spil’s product, and thus the state is missing out on significant tax revenue. Denmark has long been touted as an example of the path to follow for European Union member states looking to transition from a former state gambling monopoly to a liberalized market open to international companies.