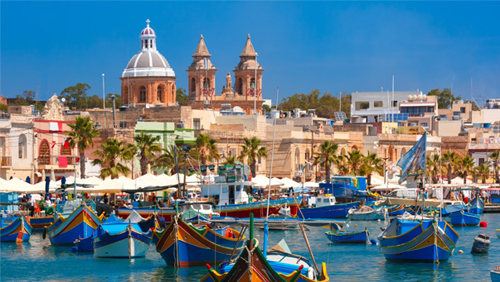 Malta-based MRG has set its sights on a Swedish online gambling license.

MRG is already operating in 13 markets, and has gaming licenses in Italy, Latvia, Malta, and the UK, as well as a casino license in Denmark and a sportsbook license in Ireland. In its Swedish license application, MRG included its online gambling sites Mr Green, Redbet, Vinnarum, Bertil, and MamaMiaBingo.

The company reported for the first half of the year revenue of SEK793.8 million ($86.66 million), a 40.8% increase from the same period last year. Earnings before interest, depreciation and amortization (EBITDA) amounted to SEK91.2 million ($9.96 million).

In the company’s latest financial report, Norman said, “Sweden continues to develop very well for us. Revenue grew by 57.0 per cent during the quarter, with healthy organic growth. In the second quarter, Sweden accounted for 18.9 per cent of our total revenue.”

Aside from MRG, the Kindred Group and Bethard, also from Malta, are looking to take advantage of Sweden’s legitimized market. The license applications, which began this month, include a payment of SEK400,000 ($43,700) for gambling, and SEK700,000 ($76,400) for both gambling and betting options. Licenses for those who meet the requirements are valid for five years and require an 18% tax on revenue to be paid.

Sweden’s regulatory body, the Lotteriinspektionen, reported that the gambling market was worth $1.95 billion for the first nine months of 2017, with about one-fourth of this being from operators outside of Sweden.

The Swedish government is conducting a review of what the new legislation will mean for state-operated Svenska Spel and ATG. Even with the liberalization of the online gaming market taking effect next year, Svenska Spel has already experienced smaller revenues, reporting a revenue of SEK2.08 billion ($227 million) during the second quarter, 4% lower than last year.