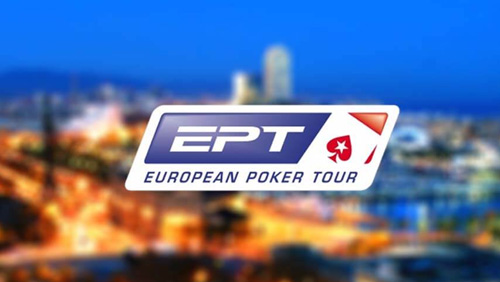 A recap of the weekend’s action at the PokerStars European Poker Tour Barcelona, including high roller victories from Andras Nemeth, Alexander Petersen and Tuomo Niskanen.

The PokerStars European Poker Tour Barcelona is a day away from ending. It’s been a phenomenal success and a reminder to partypoker that they’re not shadow boxing.

Poker players from across the globe flew into Barcelona like jawbreakers into the mouths of kids in the late 80s, creating memories booby-trapped with nostalgia.

Including these three guys.

What a year for Andras Nemeth.

Four months ago, Nemeth won the $25,000 No-Limit Hold’em High Roller at the PokerStars World Championship of Online Poker (WCOOP) for a whopping $576,087. It was the most significant online score of his career.

A few days ago, Nemeth beat it, except live, not online.

Like Nemeth, Chan is also enjoying a spurt that feels as hot as coke nuts, after cashing five times in the Triton Poker Series events in Montenegro and Jeju, making four final tables, and earning an incredible $4.7m before finishing third in the Triton Poker High Roller at partypoker MILLIONS Russia for another half a million dollars.

And the final hand was disgusting for Chan.

The pair got it in for all the marbles. Nemeth turned over A2o, and when Chan turned his cards over, an orchestral fanfare welcomed the rockets. The title was heading to Chan. That was, before the deck, delivered Nemeth the wheel straight.

Luck aside, it was a tremendous victory for Nemeth who overcame a final table that included Byron Kaverman, Vladimir Troyanovskiy and Sean Winter. Special mention should also go to Matthias Eibinger who made the final of five events asking for a buy-in of €10,000 or over, earning $1.4m.

The event attracted 95 entrants and a prize pool of €2.3m.

The Danes also got onto the winning podium thanks to Alexander Petersen. The World Series of Poker (WSOP) bracelet winner took down the €10,300 Pot-Limit Omaha High Roller.

Petersen survived a final table that included sharks, Martin Kozlov and Dan Shak. When heads-up against Anson Tsang, Petersen warned his opponent that it would be wise to discuss a deal because he plays heads-up PLO for a living.

Tsang declined, and who can blame him. Amongst his scores are several that register on the six-figure scale, including $921,004 for finishing seventh in the Guangdong Asia Millions back in 2013.

But those events were all No-Limit Hold’em.

Perhaps, misplaced confidence on the part of Tsang?

The event attracted 80 entrants, including 18 who tried twice.

Here are the ITM results in full.

All of his live scores have come this year.

And he has never made as much as a ripple with his previous best score being €19,031 after finishing runner-up to Raphael Rahier in a 275-entrant €550 buy-in event in Belgium back in April.

Niskanen may have taken the title, but he didn’t bank the most money. That honour went to a man who looks forward to Barcelona trips, Brian Kaufman.

Last year, Kaufman finished fourth in the 2017 PokerStars Championship Barcelona Main Event for $427,557, and eighth in the National Championship for $77,966.

And this time around he took €432,135, after cutting a heads-up deal with Niskanen when he was holding the chip lead.