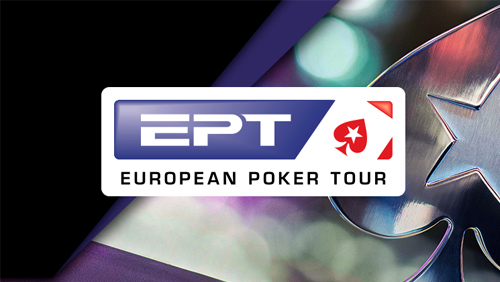 A round-up from the PokerStars European Poker Tour Barcelona including victories for Michael Soyza and Jean-René Fontaine, and another stellar final table in the €100,000 Super High Roller.

They called me Hoodie Melo.

I just Googled the guy.

I had no clue who Melo was, and didn’t want to lose any of my perceived coolness by asking.

I was playing in the PokerStars European Poker Tour Barcelona media event. I started late. The Casino Barcelona/Hotel Arts complex is a labyrinth of tunnels, lifts, and open doors.

It took an eternity to find the right table.

Fatima Moreira de Melo and Jaime Staples joined the fun. Jeff Gross late regged, set up his streaming gear and was out in a single hand. There were media folk from the UK, France, Brazil, and even someone from OK Magazine.

It was the first time I had played poker in well over a year. Plenty has changed since then. They had cup holders and USB ports underneath the table. A man dressed like Lurch asked me if I wanted a drink. I loved it.

I lost to a Brazilian reporter.

I think I was the only one who desperately wanted to win.

I past him in the corridor earlier, and my subconscious called him a bastard.

I need to get out and meet people.

I don’t think Michael Soyza has ever played in a Media Event.

But I am sure, had he entered he would have crushed it.

The first big buy-in event of the EPT Barcelona is now a mere memory after Soyza defeated a field of 93 entrants, and 31 re-entries, in the €10,300 buy-in No-Limit Hold’em High Roller.

The tournament amassed a €1,202,800 prizepool, and the title and €302,500 in prize money went to Soyza after overcoming a final table that included the likes of Luc Greenwood (9th), Liv Boeree (6th) and Dario Sammartino (5th).

In June, Soyza beat 2,877 entrants to win the $588,249 first prize in the $1,655 Mid-States Poker Tour (MSPT) DeepStack Championship Poker Series at the Venetian in Las Vegas.

So the man is in form.

And he’s not the only Malaysian on a hot streak.

Leow is in town.

So what does Soyza think about his compatriots?

“Those guys are nuts.”

There you are then.

Not only did I not know who Hoodie-Melo was. I had no idea there was a region of France in the Indian Ocean known as Réunion. 865,826 people inhabit the island, and two of them made the final table of the 4,348-entrant EPT Barcelona €1,100 EPT National.

The final table housed no less than four Frenchmen. The most notable of the lot being Julien Martini who enjoyed a sterling time at the World Series of Poker (WSOP) cashing in seven events, making three final tables and winning his first bracelet in the $1,500 Omaha Hi-Lo 8 or Better.

In the end, it came down to a battle of David v Goliath proportions with Martini cast in the role of Goliath, and Réunion native Jean-René Fontaine in the part of David.

As in the archetypal tale, David was once again victorious, and Martini showed great humility and grace in defeat when he told the press that Fontaine deserved the win.

“It was very hard for me to understand what he was doing and I think he used that very well. He was very unpredictable. I couldn’t adapt, unfortunately. He used his strengths, and that’s good for him. He won; I think he deserved it.”

So often, the trophy is the last thing on people’s minds, but Fontaine loved his.

And that shows you how much the victory meant to Fontaine when you consider that in addition to the half a million euros heading to a bank in Réunion, in January he will fly to the Bahamas to compete in the $25,000 buy-in PokerStars Player’s No-Limit Hold’em Championship (PSPC) courtesy of winning a $30,000 Platinum Pass.

Matthias Eibinger continues his impressive run of form taking the chip lead into the final day of the €100,000 Super High Roller. The Austrian began racking up live tournament scores in 2017, but he’s hit his stride in 2018, winning close to $2m with some outstanding results in the ARIA High Roller scene.

Talking of the ARIA High Roller scene, and the man who created it, Cary Katz, begins the final table in fourth, and the likes of Timothy Adams, Ben Pollak and Byron Kaverman join him.

But the man to fear has to be Mikita Badziakouski. The Belarusian is one of the hottest men in live tournament poker right now after winning back-to-back Triton Poker Series Main Events. All told, Badziakouski has won $10.5m with only Jason Koon ($11.2m) and Justin Bonomo ($24.9m) winning more.

Here are the cash prizes.

The action begins at 12:30 local time where they will play down to a winner.