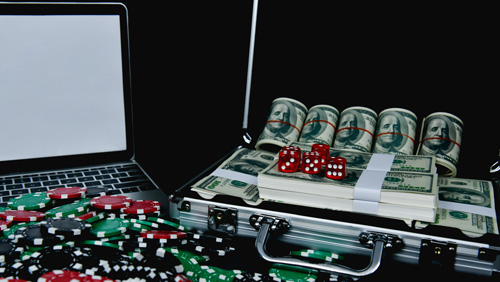 Bruno Fitoussi may look like a sophisticated Sideshow Bob, but don’t let all of that hair fool you. Cut him open, and chips will spill from his guts. The man is poker.

As the 1990s vanished like Buck Rogers, Fitoussi was instrumental in bringing the World Poker Tour (WPT) to Europe. The Frenchman was the man in charge of the Aviation Club de France (ACF), situated on the Avenue des Champs-Élysées; the perfect place for professional poker players to act like James Bond for a week.

So it’s sweet, that in the month that partypoker announced that Fitoussi would represent the brand as an ambassador, that the online poker room got reacquainted with their old flame.

Thanks to Fitoussi, it seemed that whenever the WPT rampaged through Europe or Canada, partypoker was in the trenches alongside them. And then, in 2009, PartyGaming, acquired the WPT for $12.3m, and the love affair escalated past first base.

But things are very different, today.

The WPT now belongs to OurGame International Holdings lock, stock and $35m in smoking barrels, and partypoker LIVE is achieving the same live tournament dominance in Europe as the WPT has enjoyed for many years in North America.

And now they are back in bed.

Dragons & the smell of farts.

Before the weekend broke, and everyone turned into a crazy loon, partypoker and the WPT announced a new four-year partnership that would see the pair operate seven live events each offering a minimum €3m in guaranteed prize money.

The 2018 event takes place in October where the Playground Poker Club in Montreal plays host. For the first time, the WPT will place a WPT500, WPTDeepStacks and WPT Main Event on the menu. Details are as sparse as plastic bags containing goldfish in fairgrounds, but we do know that partypoker plan to send 300+ online qualifiers to the event.

Only two venues have been selected for the 2019 collaboration thus far. The Sochi Casino and Resort will host a WPT event for the first time, and Dusk till Dawn (DTD) in Nottingham will rehost another WPT UK event.

Speaking of the alliance, in a press release, Adam Pliska, WPT God, named the presence of John Duthie, partypoker God, as one of the primary benefits of the WPT’s new relationship with the online poker kingpin.

In a week that’s seen the PokerStars European Poker Tour Barcelona smash all sorts of records for a live event in Europe, it’s worth remembering that the tag team of the WPT and partypoker were never able to pull off a ‘PokerStars’ in Europe. It will be interesting to see if that changes given partypoker’s climb in the poker power rankings since Duthie joined the fold.

It seems strategic partnerships are an essential component of the partypoker strategy. Earlier this month, partypoker and Triton Poker connected during partypoker MILLIONS Russia, with Richard Yong’s brand running several high rollers during the event.