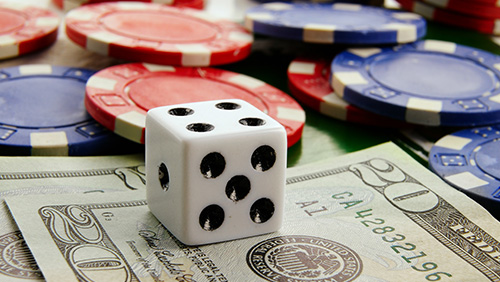 Another interview from the PokerStars European Poker Tour Barcelona, and this time, Lee Davy gets to fire five questions at the European golfing legend Sergio Garcia.

There’s nothing worse that clamping the cans around your ears, turning on Spotify, and forgetting that the volume is at peak level. I am going deaf. A short, sharp blast of a Röyksopp tune is only going to advance my disability.

Yesterday, I felt deaf at the PokerStars European Poker Tour Barcelona, for an hour, at least. And yet, a hazardous madness of noise surrounded me. It was during the press conference for Sergio Garcia and Gerard Pique.

I was a press conference virgin.

I even wore white.

I felt ashamed, sneaking up to the table, dropping my 1970s Dictaphone in between microphones that had heads like 1980s African-American rap stars.

Originally, I had Sergio Garcia pencilled in for 2 pm.

I had ten questions.

“You can have five.”

It wasn’t easy. I have never interviewed Garcia. I had no idea how he would react to my questions, so I decided the best approach would be to go soft, and then gauge the strength of our rapport before increasing the depth.

Then I learned about the Press Conference. I wouldn’t get my 20-minutes with Garcia. I would get the opportunity to stand in a crowded press room and ask him my five questions. I was grateful, of course, but ego kicked in, and I wanted to change my questions. I didn’t want to look like a mug in a room full of sharp-shooters.

How the hell do you write an article based on the answer to five questions, anyway?

Fortunately, I learned I could record the whole press conference, allowing me to steal from everyone else. Brilliant. And then it began. Every word was in Spanish. As I said, I felt deaf in the midst of a hazardous madness.

It was my turn.

I asked Garcia what it was about EPT Barcelona that kept him coming back.

“They take care of me,” said last years Masters winner. “I have made some good friends at PokerStars. They always make fun events. I am excited to play the EPT {Main Event} tomorrow, but also, today, to play with some amazing guys and get some money for my foundation which would be great. It’s always nice to be thought of for these things.”

After the press conference, Garcia would hop into a €25,000 buy-in 8-handed charity event, joining the likes of Pique, Neymar Jr, and PokerStars Team Pro Andre Akkari.

Garcia aimed to raise money for the Sergio Garćia Foundation, founded in Spain in 2002, and Switzerland in 2005, to contribute to the social inclusion of economically deprived children.

But before then, he had four more questions to answer.

I asked him what he found the most challenging about poker?

“I think it’s got several things,” said Garcia. “I am not a pro player, so I don’t control the rhythm of the play as well as they do. I have to make the right decisions. It’s like golf, football or anything else. It’s a matter of making the right decisions. Even if one of those decisions doesn’t go right, forget about it, move on and remind yourself you have other moves.”

Before walking into this cacophony of Spanish syllables, Sergio Garcia’s biography hadn’t been uploaded Matrix style into my Cerebellum. My only memory of the man was watching him win some golf event, and at the same time, earning me a lot of money.

But I did see him slam his club into his golf bag during the RBC Canadian Open recently.

I wondered how the man known as El Niño, works on the mental side of his game.

“I think at the end of the day we all get frustrated here and there,” said Garcia. “We want to do the best we can. Obviously, if I lose a hand out here I am not going to turn the table over {Pique says, ‘you might’, and Garcia laughs}. I have always been very charismatic and enthusiastic about what I do. I show a lot of emotion for good and bad at times, but that’s what makes me great. You have to control it a little better sometimes, but at the same time it’s part of who I am.”

A quick glance at Garcia’s Twitter account shows that he loves to attend a sporting event or two. In the summer, he spent time in the Royal Box at Wimbledon and watched Real Madrid beat Liverpool in the Champions League final.

I ask him to recall the most intense emotional sporting experiences he has had outside of golf.

“I’ve watched Real Madrid winning three Champions League titles live in the stadium, and that was cool,” said Garcia. “Unfortunately, I wasn’t in South Africa when Spain won the World Cup Final, but I did watch Italy v France in the final, and that was exciting to watch.”

I ended with a coin toss.

Do I ask him how poker makes him feel, or golf?

He looks at me like I have asked him the stupidest question of all time.

And with that, I sneak to the front, slip my poor man’s Dictaphone into my pocket with the grace of Jack Dawkins, and head to the elevator, feeling intensely grateful to have been in the same room as two of the greatest sportsmen of modern times, wishing I had taken Spanish lessons instead of French.