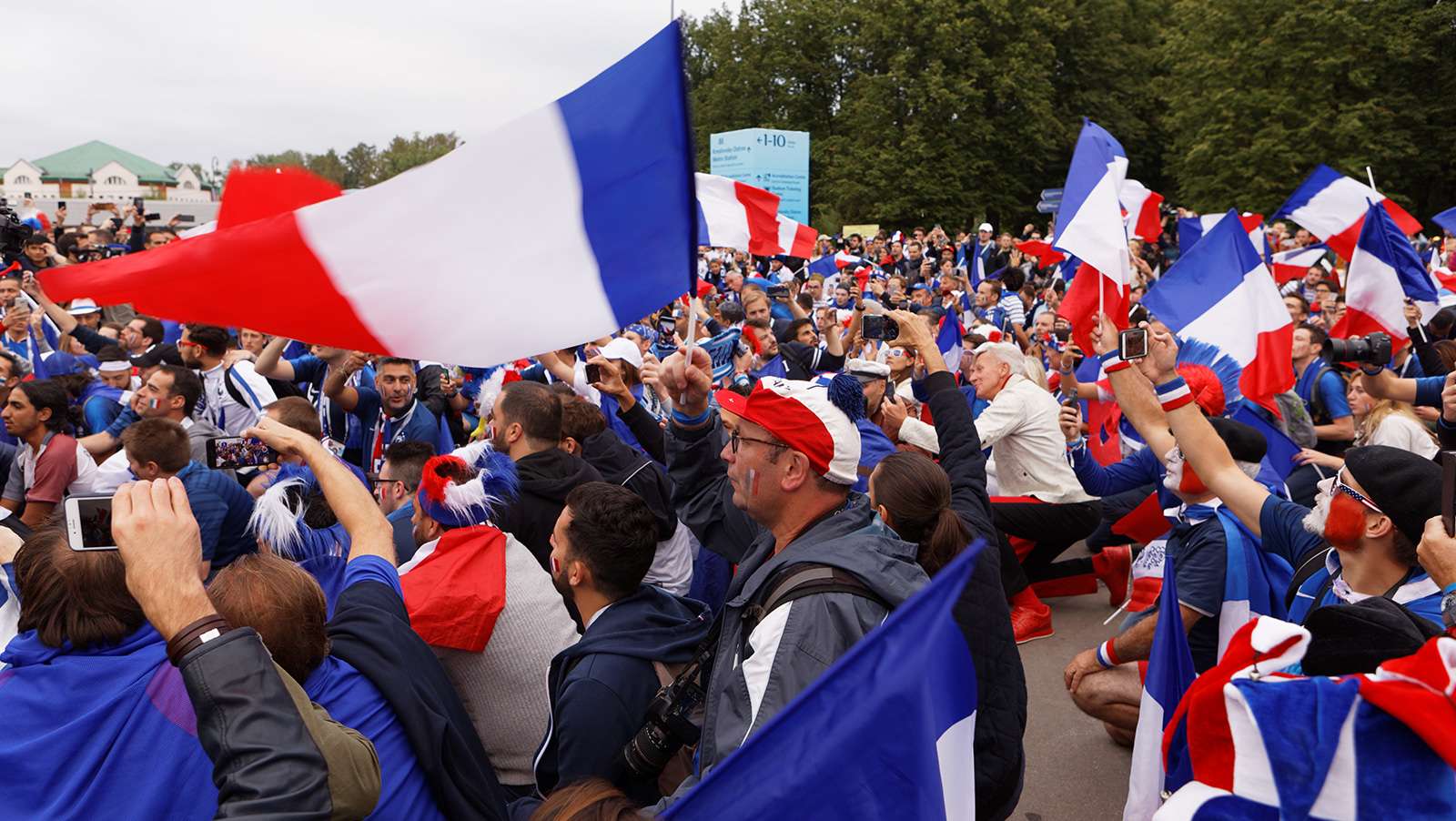 The final World Cup review of the 2018 epic in Russia as France take it down after a six-goal thriller against Croatia in Moscow’s Luzhniki Stadium.

Tom is naked, playing the drums.

Have you ever heard a two-year-old playing the drums? It’s like a renovating woodpecker lives in your skull. My daughter is on the ukelele, and Tom’s parents are throwing more questions at me than Magnus Magnusson.

In the background, on an Apple monitor the size of a piece of toast, with the sound quality of a transistor radio is the greatest World Cup Final in recent memory.

What more do you want?

The French may have started as favourites, but they were the side that seemed to have a lie-in with Croatia up early and at em.

And then, disaster struck.

Antoine Griezmann curled in a free-kick from the right, and Mario Mandzukic, the darling of the semi-finals, headed the ball beyond his keeper for the umpteenth own goal of this World Cup.

Then in the 28th minute, Luka Modric fired a free-kick to the far post, there was a spot of head tennis before Ivan Perisic took the ball down with his right and rifled home a hammer with his left.

Five minutes later, and any semblance of a smirk that may have remained on the Inter Milan forward’s face disappeared after Nestor Pitana awarded the French a penalty, after deciding that Perisic had handled the ball in the first ever World Cup Final goal determined by VAR.

Was it a penalty?

It wasn’t deliberate, but it was a penalty.

Up stepped Griezmann, and he restored France’s lead, and when the Atletico Madrid striker scores for France, they don’t lose.

Croatia began the second half brightly when Ante Rebić brought an excellent save from Hugo Lloris, but Kylian Mbappe gave them a reminder of what would happen if they poured forward en masse when he produced a smart save from Danijel Subašíć.

And then a brave moment from Deschamps when he decided to replace an out of sorts N’Golo Kante with Steven Nzonzi. Four minutes later, everyone forgot.

Paul Pogba fired a brilliant ball to the right flank, and Mbappe went after it like a whippet. The teenage star found Griezmann in the area, who found Pogba running into the box. The Man Utd midfielder saw his right foot shot blocked, but pulled off a stunning left-foot strike to put France 3-1 ahead.

The ball broke to Mbappe on the edge of the box, and he scored with a right foot shot, to become the second teenager to score in a World Cup Final alongside Pele.

Croatia was dead; it was just time to bury them, and then a moment of hilarity from Lloris.

Three minutes after Mbappe had seemingly sealed things, Lloris kicked an innocuous-looking back pass into the foot of Mandzukic, and the ball ended up in the back of the net.

There hadn’t been these many goals in a World Cup Final since a teenage Pele appeared in 1958.

And that’s how it ended.

France took it down.

Didier Deschamps joined Franz Beckenbauer and Mario Zagallo as one of three people to win the tournament as a player (1998) and a coach.

The pundits think Mbappe is the greatest thing since Tesla.

Luka Modric was named Player of the Tournament.

And I spent the entire second half reading Thumbelina and singing Follow The Yellow Brick Road.