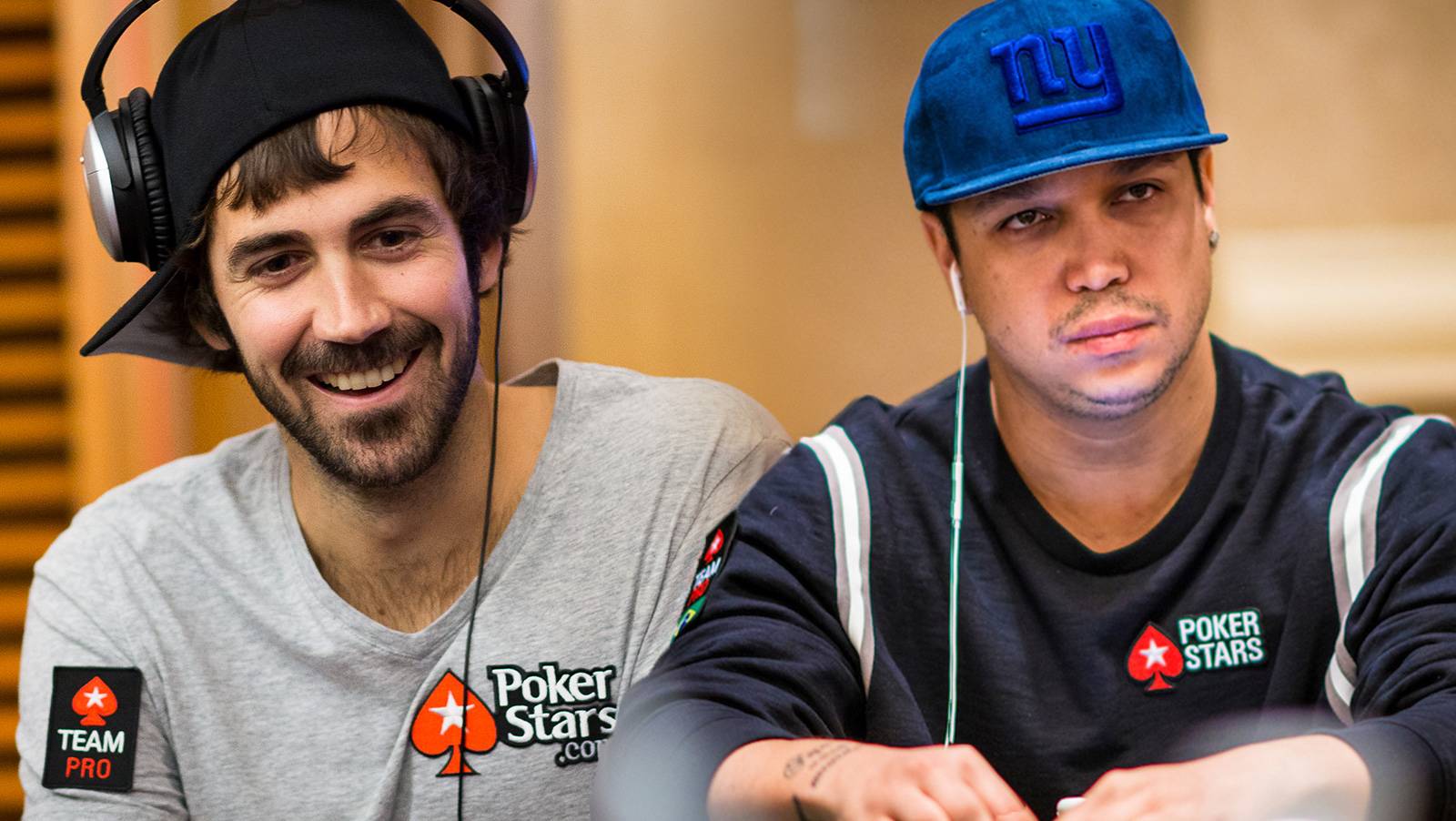 Jason Mercier and Felipe Ramos leave PokerStars a week after Vanessa Selbst curtailed her poker career to focus on her role in a Hedge Fund.

Its Korean for ‘father,’ and the noise that pecks away at my brain with all the finesse of a Lesser Spotted Woodpecker building a home for her baby woodpeckers when I call home this morning.

I’m in the Bahamas.

My 15-month-year old is in California.

I won’t see her for 20-days, and when I do she would have changed so much: intellectually and physically. She grabs the phone from my wife, waddles into the corner of the kitchen, and hugs it.

And so, this morning, when I read over my peppermint tea, that Jason Mercier is leaving PokerStars, I’m not surprised.

The largest poker room this side of the journalist playing four tables of Zoom in the seat in front of me signed Mercier as a precocious 22-year old. The Floridian native spent eight and a half years with the Red Spade amassing five World Series of Poker (WSOP) bracelets, a European Poker Tour (EPT) title, and over $18.5m in live tournament winnings.

In many ways, it was a screech of the needle moment. Mercier was one of those square pegs that fit perfectly into PokerStars’ square holes. On the other hand, as any parent will attest, you sacrifice something when you leave your children at such an early age. To be the best in this business you need to sacrifice everything. With his contract up at the end of 2017, Mercier wasn’t prepared to do that.

But Mercier isn’t quitting the game for good. He still has eyeballs on the spot in the Poker Hall of Fame, and to do that he has to stand the test of time and that means, keeping his hands on the deck in between parental duties.

Felipe Ramos Leaves at The Top

While you can understand PokerStars’ and Mercier’s amicable dissolution, the end of Felipe Ramos’s connection with the online poker room is slightly more baffling.

Ramos joined the team at the height of the Neymar Jr craze and is currently in the form of his life. The Global Poker Index (GPI) recognised Ramos as the best player in Latin America during 2017, and he also finished the year with more Hendon Mob flags than anyone else, with 13, two more than Manig Loeser.

And with Brazil touted as one of poker’s hottest spots it’s curious to witness them cutting one of their best homegrown talents from the flock.

Mercier and Ramos are the second and third high profile PokerStars Ambassadors to leave in recent weeks. While we were all tucking into Christmas leftovers, Vanessa Selbst announced her retirement from the game to start a Hedge Fund.

In a well thought out Facebook post, Selbst gave three reasons for leaving the game. Life priorities had changed for Selbst. Poker was not as important as it once was. In 2013, Selbst and Miranda Foster married, and the pair is considering starting a family.

The second reason Selbst gave for leaving the game was the high standard of the modern game. In a frank assessment of her view of poker, Selbst spoke about considering poker as fun, and not wanting to put in the hard work necessary to make it in today’s world.

Finally, Selbst said she no longer felt comfortable promoting poker as an ambassador because she doesn’t feel comfortable telling amateurs they should play online as she doesn’t think the game is beatable for them.

Selbst is the most successful female poker player to ever grace the game. In a career that’s spanned 13-years, Selbst has amassed $11.8m in live tournament earnings, including three WSOP bracelets.

She is the only female player to become the Global Poker Index (GPI) World #1 and held the title of GPI #1 Female Player for 209 successive weeks from the inception of the rankings.

The news isn’t a shock.

Selbst has hardly played a hand in recent years, dropping as low as #9408 in those rankings.