Melco sees huge gains in profits during first half of 2018 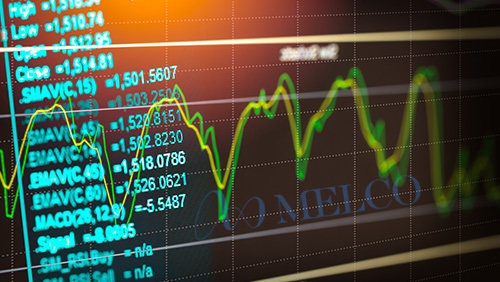 The increase came as a result of “better group-wide performance in all gaming segments and recovery of previously provided doubtful debt,” according to the company. Melco International is the owner of Melco Resorts, which operates casinos in Macau and the Philippines. The company’s Morpheus, a $1.1-billion hotel tower at City of Dreams Macau, opened during the first of the year, helping boost the company’s numbers.

Melco also recently opened another casino on the Mediterranean island of Cyprus. That facility is a temporary casino that will be a precursor to its permanent operations on the island. Melco is also said to be a possible contender for a license in the newly approved Japanese casino resort market.

Net revenues for the first half of the year came in at $2.52 billion, a decrease of 1.6% on the $2.56 billion seen during the same period in 2017. Its trade receivables, which is typically linked to VIP gambling credit, rose to $221.6 million, while the provision for impairment on the receivables dropped from 2017’s figure of $38.82 million to $31.1 million for the period.

Referencing updated accounting standards, the company said in its filing, “While the group experienced better performance in all gaming segments, this was more than offset by higher commissions, which are being reported as a reduction of revenue as a result of the group’s adoption of [the] new revenue standard from 1 January 2018.”

In a separate press release, Melco Chairman Lawrence Ho stated, “Internationally, we remain bullish on our exposure to an expanding network of global operations and business development opportunities beyond Macau. In Cyprus, we have opened Cyprus Casinos (C2) earlier in June and we are also excited with the development of our integrated resort City of Dreams Mediterranean which is going to be the first in the country upon its completion in 2021.”

He concluded by asserting, “Japan remains a pivotal focus of the group’s long-term plan. We view Japan as a market with the potential to rank among the largest global gaming destinations in Asia, second only to Macau. With the successful passage of the Integrated Resorts Implementation Bill at Japan’s National Diet, our goal is to become a trusted partner in Japan’s integrated casino resorts industry and we have been dedicating the necessary resources and investments for the development of this potential market. We are confident that these projects will further enhance our exposure in the global market.”