PAGCOR chief: Melco willing to increase investments in the Philippines

Hong Kong-listed casino operator Melco Resorts and Entertainment is planning to increase its stake in the Philippines as the country’s gambling industry continues to benefit from the warming relationship between Beijing and Manila. 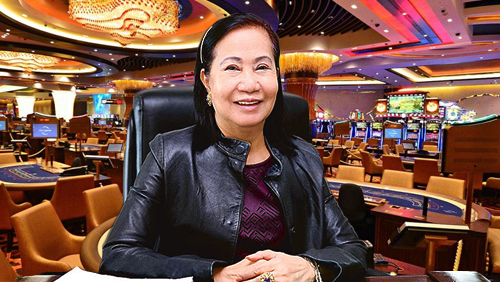 Domingo recalled Ho and Duterte discussing Melco’s new luxury brand NÜWA, which is set to replace the Crown Towers brand at City of Dreams Manila and City of Dreams Macau on Jan. 16, according to Domingo.

“Lawrence Ho and Clarence Chung merely paid a courtesy call and informed President Duterte of their willingness to increase their investments here,” Domingo told CalvinAyre.com in a statement.

When asked whether Ho had expressed his company’s intentions to purchase some of the government-run casinos, Domingo said “they were not here for the purchase of PAGCOR casinos.”

In September 2017, Ho said he was interested in acquiring PAGCOR casinos after the government announced its plans to sell 17 of its 46 casino properties. However, the casino executive said Melco’s plan to increase their stake in the Philippines would still depend on the price and opportunity.

The government, however, moved its initial plan to sell PAGCOR-operated casinos from the end of 2017 to 2018 after the government failed to complete its studies on the plan, including the method of privatization.

The Philippine Star reported that the company is set to sign an agreement for the long-term lease of a four-hectare property near the airport, which they planned to transform into a world class hotel with a gaming facility.

The new gambling facility will compete with Waterfront Hotel & Casino, located just a stone’s throw away from the airport. It is also the second property to be developed by Udenna on the holiday island of Cebu.

Last year, Udenna formally broke ground on its $341 million Emerald Resort and Casino, which would rise on a 12.5-hectare prime beachfront property in Mactan Island in Lapu-Lapu City.