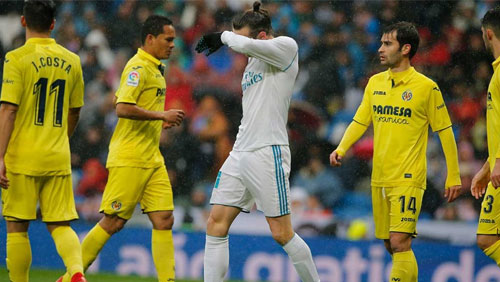 In a hefty push for brand recognition, Bet365 this past week signed deals to be the sponsor of 10 different teams in Spain’s La Liga (The League). The British online gambling company will now have its name prominently featured at virtually every major soccer event in the country, as it is now the brand carried on half of the Spanish top-tier teams. No details on the amount of money that was needed to complete the deals were released.

Real Madrid, Barcelona and Atletico Madrid were not included in the sponsorships deals. However, Athletic Bilbao, Espanyol, Real Betis, Real Valladolid, Rayo Vallecano, Celta Vigo, Getafe, SD Eibar and SD Huesca were. The online casino’s logo won’t be seen on the players’ shirts, only on websites, facilities such as stadiums and buses and in social media.

Bet365 is behind the Stoke City soccer team in England and the team’s stadium is even named for the company. Last year, Stoke City was bumped out of the English Premier League (EPL) after a 10-year run, creating a problem for Bet365. Since Stoke is no longer in the EPL, Bet365 can’t see its name prominently displayed as it was in the past, and the company needed to find new places where it could increase its branding presence.

Since La Liga has almost the same global reach as the EPL, it was a logical move for Bet365. Several bookmakers have already established themselves as sponsors for other teams, including Betway which has sponsorship contracts with Legabes, Alaves and Levante. Bwin is also onboard, sponsoring Atletico Madrid and Valencia. Finally, Betfair and Barcelona are teamed up, as are Codere and Real Madrid.

The move comes at a time that other European countries are trying to limit relationships between sports and gambling. Italy recently passed a law that prohibits all forms of gambling advertising and the UK is also working on putting in controls on gambling advertising. The latter comes after the revelation that 60% of all teams in the UK’s top two divisions will be wearing shirts branded with sports betting company logos. Nine of the 20 teams in the EPL have betting company sponsorship deals, while 17 out of 24 in the Champions League—over 70%—have agreed to some type of sponsorship arrangement with gambling-related businesses.