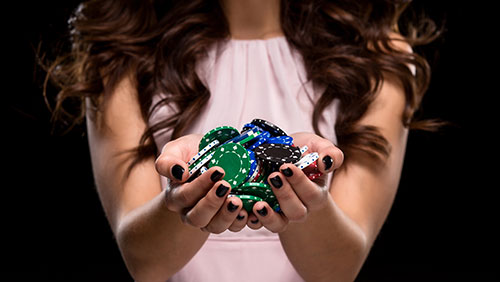 The World Poker Tour will host the inaugural Women’s Poker Summit during the WPT500 in Los Angeles in a bid to improve female participation in the game.

Female poker players made up less than 4% of the field in the World Series of Poker (WSOP) despite 7,874 people being the second largest in the history of the event.

I am at the Triton Poker Series in Jeju.

I have only seen one female sitting at a table, and that was the type of game that’s played behind a big red curtain. Nobody that you or I know sat down at a tournament table.

When it comes to the growth of poker, you don’t need to be as smart as Igor Kurganov and Liv Boeree to know that there is an untapped goldmine. However, after many years of trying, nobody has come up with the appropriate tools to get that gold out of the house and onto a poker table.

If anyone can do it, the World Poker Tour (WPT) can.

A Poker Company That Embraces The Female Form

When the shortlist for the 2018 Women in Poker Hall of Fame (WiPHOF) hit the media airwaves, three worked at the WPT.

And one of them (Hael) has made it her mission to increase the number of women playing poker to a more respectable number.

Hael’s first attempt to do this happens at the inaugural WPT Women’s Poker Summit due to take place Sunday, August 26, at 2 pm in the Dynasty Room at the Bicycle Hotel & Casino as part of the WPT500 Los Angeles event.

It’s a prime choice of venue, with the WPT HQ just down the road in Irvine. Hael told PokerNews, in an exclusive interview, that “one of the WPT’s key responsibilities is to grow the game of poker.”

Continuing, Hael points out that half of the world’s population is female, and to only have a tiny fraction playing poker is a disappointment.

“We need to stop talking about the problem and choose to do something,” Hael told PokerNews, “We want to attract more women, and keep them playing for years and years to come.”

To retain focus at the event, the WPT is limiting seats. If you want in, then email [email protected]. Reps from global casino partners, poker media, executives from non-poker industries, and reps from various women poker organisations will be in attendance as will pro and non-pro female poker players.

As Hael points out in her interview with PokerNews, men dominate the game, and so their point of view is vital.

A 2+2 thread has started so people who cannot attend can post suggestions. At the time of writing, only one suggestion exists, and that’s to create mixed game Ladies Events at the WSOP.

Hael’s not the only WPT employee championing the cause for female poker players. In a recent blog post, Matt Savage reminded people that the poker room is NOT a locker room, and admitted that he should have done more in the past to push ladies tournaments, a decision that will change moving forward.

Savage admitted that increasing the number of female poker players in the game is one of his three critical success factors in his WPT role, and plans to bring WPT Ladies Night back into the TV roster, with the support of his boss, Adam Pliska.

“I’ve always said that if we could just get the percentage of women playing to 20%, then that would be a massive difference,” wrote Savage. “It might not sound like a lot, but the current number is around 5% when you look at the WPT and WSOP populations. Women still only make up a very small percentage of poker players. We, as a community, need to work to change that.”

The WPT Women’s Poker Summit is a start.