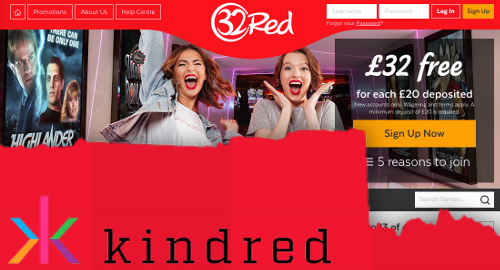 Wednesday saw the Stockholm-listed Kindred release its unaudited interim report for the second quarter and first half of 2018, which showed gross winning revenue of £219m in the three months ending June 30, up 31% from the same period last year. Earnings improved by one-quarter to £41.7m while after-tax profits rose one-fifth to £25.5m.

The company credited excitement over the first half of the 2018 FIFA World Cup for generating “a significant all-time high in customer activity,” with active customer ranks hitting 1.55m during Q2. This, coupled with “unexpected results” at the World Cup, pushed sports betting margins (after free bets) to 8.2%.

The casino & games vertical reported revenue rising 23% to £104m, while the poker vertical – which the company loves to tout as the ‘fastest growing licensed poker network in the industry’ – improved 3% to £4m. ‘Other’ revenue was up 17% to £6.1m. Across all verticals, mobile revenue totaled roughly £158m, up 29% year-on-year.

In June, the UKGC hit 32Red with a £2m penalty for failing to protect a VIP customer who displayed obvious problem gambling behavior. Tjärnström said “tools that have been put in place with a focus on sustainability have had a cooling-off effect on top-line growth,” but the CEO insisted that while 32Red was not growing as fast as it had in previous years, its growth is now “much more sustainable.”

That said, Kindred plans to up 32Red’s marketing budget by £1.3m in H2, and the brand inked a flurry of UK football shirt sponsorships during Q2, including Middlesbrough, Derby Country, Preston North End and Glasgow Rangers. Meanwhile, Kindred’s flagship Unibet brand became the official online betting partner of French Ligue 1 side Paris Saint-Germain as of July 1.

On a geographic basis, Western European markets accounted for 56% of Q2 revenue, up six points year-on-year, while Nordic markets’ share fell seven points to 34%. Western Europe revenue enjoyed growth of 47% while the Nordics were up only 9%.

Tjärnström described the competitive situation in the Nordic markets as “fierce,” particularly in Sweden, where operators are “jostling for position” ahead of the market’s liberalization on January 1, 2019.