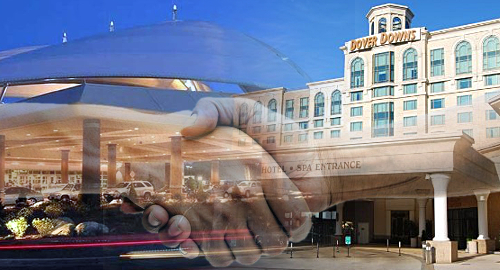 On Sunday, Delaware-based Dover Downs Gaming & Entertainment Inc and Rhode Island-based Twin River Worldwide Holdings Inc announced that they’d entered into a definitive merger agreement. The deal will transform the privately-held Twin River into a publicly traded company via a listing on the Nasdaq or New York Stock Exchange.

The deal’s terms involve Dover Downs stockholders to exchange their shares for Twin River common shares equaling 7.225% of the equity of the combined company. Each Dover Downs share will be exchanged for 0.0225 shares of Twin River stock.

Dover Downs operates the Hotel & Casino of the same name in Delaware, which has recorded annual operating losses in two of the last four years. Dover Downs CEO Denis McGlynn said the Twin River deal would be “transformational” via the creation of a “more stable, standalone entity” that will allow for greater investment in its facilities.

Twin River operates two casinos in Rhode Island and is in the process of building a new gaming venue in Tiverton to replace the Newport Grand property it sold to Carpionato Group in May. The company also has gaming assets in Mississippi and Colorado. Twin River reported net income of $63.5m on revenue of $429m last year and is currently carrying $381.4m of debt.

Twin River exec chairman John E. Taylor Jr. hailed the deal’s capacity to expand his company’s geographic footprint, and claimed Dover Downs’ betting experience “will be helpful as we introduce that amenity at our properties, and in the online gambling sector which continues to evolve nationwide.”