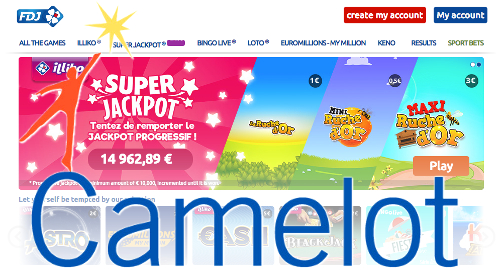 Camelot sources told the Standard that no formal talks had taken place, but French government advisers said that President Emmanuel Macron’s preferred plan is for Camelot to partner with France’s leading media firm TF1 on a joint bid for the FDJ operations.

Camelot’s history of public-private partnerships in other jurisdictions reportedly helped boost its status in the eyes of the French government. Macron also reportedly appreciates that Camelot is owned by Canada’s Ontario Teachers’ Pension Plan, as the administration apparently doesn’t want to be seen selling off the family silver to a company from China.

HACKERS UNLUCKY NUMBERS: 4 AND 8
In other Camelot news, two hackers have been whisked off to prison for breaking into Camelot’s online customer accounts and stealing a pathetically small sum of money. Daniel Thompson was sent up the river for an eight-month stint, while Idris Kayode Akinwunmi received a four-month sentence following a National Crime Agency investigation.

The pair’s brute force attacks were launched from thousands of unique IP addresses in the second half of November 2016 but Camelot was able to track their sources. Thompon was arrested on November 30 while Akinwunmi was arrested four days before Christmas.

Akinwunmi called his actions “silly and naïve” while describing his desire “to make a little bit of cash.” He’s not downplaying his successes – the BBC reported that Akinwunmi netted a whopping £13 from the Camelot accounts to which he gained access. Thompson was able to play a £3 game on the Camelot website but otherwise emerged none the richer.