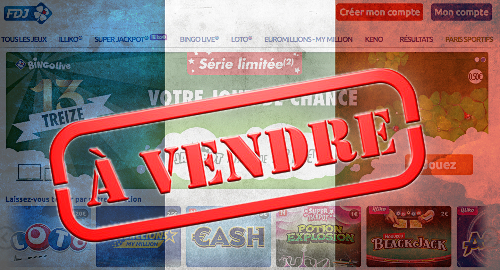 France is prepping the privatization of its state-run lottery and betting operator Française des Jeux (FDJ) via an initial public offering.

Like most European Union governments, France is strapped for cash and a sell-off of state assets often appears as the shortest path to fiscal sanity. The government is now prepping a presentation to the cabinet on May 16 detailing its plans to begin selling off the family silver, starting with FDJ, the second largest lottery operator in Europe behind only Italy’s Lottomatica.

The idea is to take FDJ public in early 2019, selling off roughly 50% of its shares to investors. The government currently holds a 72% stake in FDJ, so the IPO will reduce its share to around 22%. FDJ is part of a privatization process the government eventually hopes will raise a total of around €10b.

The transfer of control of these large revenue-generating operations could require France to institute a new regulatory body to ensure its activities continue to meet with the government’s approval.

In addition to its 30,800 retail points of sale, FDJ also operates a website offering a wide variety of lottery games. These accounted for only 4% of FDJ’s overall sales in 2017, with a further 7.3% coming from digital sales in retail networks. However, the overall digital sales total was nearly three times the 4.1% recorded in 2015, and the company has set itself a goal of achieving 20% of its sales via digital channels by 2020.

The digital goal is part of FDJ’s 2020 Transformation Project, which aims to make the company more relevant to a younger customer base that shows little interest in traditional lotteries. Among other ventures, this includes FDJ dipping its toes into the world of eSports via tournament sponsorship and a social betting product.