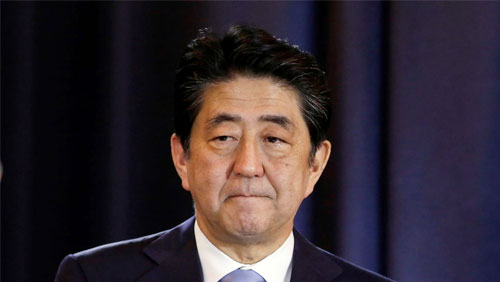 During a meeting in Tokyo last Tuesday, Japan’s Prime Minister Shinzo Abe reaffirmed the country’s position that it will pass the Integrated Resorts Implementation Bill (IRIB) this month.

The Japanese Diet, which typically breaks in June, extended its session through July for the purpose of seeking approval of the bill, as well as a few others. Without government approval, the casino industry won’t ever see daylight in the country.

Abe, who heads the ruling Liberal Democratic Party (LDP), made his remarks in conjunction with Natsuo Yamaguchi, who heads the Komeito coalition party. The IRIB is expected to be discussed again on Friday in the upper house during a plenary session and, from there, could make it to the upper house’s Committee on Cabinet, a legislative body that deals with matters presented by Japan’s Cabinet Office.

The ruling parties are expected to introduce a resolution on the IRIB on July 19 for subsequent delivery to the upper chamber before the end of the extended session. The lower chamber, the House of Representatives, successfully passed the bill on June 19 after some last minute opposition.

The same day that that Abe made his remarks, another piece of legislation, the Basic Bill on Gambling Addiction Countermeasures, was also introduced to the upper house, or the House of Councillors. An anti-addiction bill is expected to be approved by tomorrow and will provide the legal framework through which regulation on the subject can be added. An anti-addiction bill has been considered a prerequisite for the approval of the IRIB.

The current parliamentary session was extended on June 20 after an agreement was reached by the ruling coalition. The session will continue through the end of this month, with all eyes watching to see what the outcome to the IRIB will be.

The gambling framework has been discussed for years, with serious movement seen since May of this year. The IRIB was submitted to the country’s Diet that month and casino operators from around the world have since been warming up to legislators in an effort to give them an edge when Japan approves the expected initial three casino licenses.