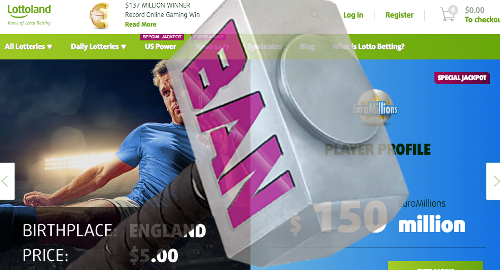 The Bill, which was introduced in March, followed a sustained campaign by local lottery giant Tatts Group against lottery betting operators like Lottoland. Tatts accused Lottoland of cannibalizing its lottery sales while failing to kick back the same percentage of revenue to Australian social causes.

In a statement following Thursday’s vote, Minister for Communications Mitch Fifield claimed the legislation would “protect the more than 4,000 small businesses including newsagents, pharmacies and community clubs and pubs across the country who operate longstanding, recreational betting services.”

The Bill’s provisions are slated to take effect six months from now, but Lottoland Australia CEO Luke Brill issued a defiant statement saying the company was “here to stay.” Brill further claimed that Lottoland was “well advanced” in developing ways to serve its 700k Australian customers that don’t violate the new rules.

Lottoland previously announced that it was mulling a court challenge of the Bill and took courage from a May report that gaming regulators in New South Wales were considering mounting a probe of the Tatts campaign based on Lottoland’s assertion that Tatts used “misinformation” to garner public support.

GERMAN PROSECUTORS INTERESTED IN RECORD JACKPOT?
Meanwhile, the record €90m jackpot that Lottoland paid out to a German woman named Christina earlier this month has local media wondering if German prosecutors will take an interest. Suddeutsche Zeitung, one of the nation’s largest dailies, published a report on Thursday wondering what will happen when the money is transferred to Christina’s bank account.

In 2015, a Munich court convicted a man for unlawful gambling after he withdrew €200k in blackjack winnings from a Gibraltar-licensed online casino to his local bank account. Online sports betting is legal in Germany, but other forms of gambling are still stuck in the country’s regulatory morass.

However, a more recent Munich court ruling declared Germany’s lottery monopolies to be unlawful, which Lottoland’s customer could use to support a defense that her winnings aren’t the result of illegal gambling. As always with Germany’s garbled regulatory regime, certainty is an elusive beast.

A Lottoland spokesperson told CalvinAyre.com that the Suddeutsche Zeitung article was “factually incorrect and has been published as a favor to the German state lotteries.” The spokesperson added that “even if a lottery would be deemed illegal by German law, the participation in such lottery is never illegal.” Finally, the spokesperson pointed out that the German penal code includes punishments for participation in illegal casinos but there is no such provision for participating in illegal lotteries, the latter a definition that Lottoland has never accepted in terms of its own business.