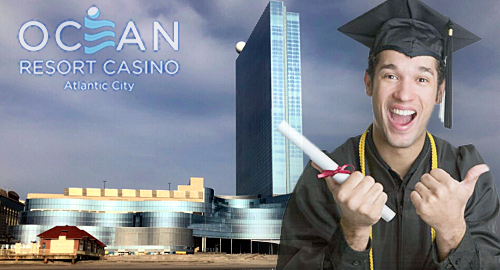 Atlantic City’s Ocean Resort Casino (ORC) has finally been issued a gaming license, just one week before its scheduled opening.

On Thursday, the New Jersey Casino Control Commission (CCC) formally approved ORC’s application for a gaming license. ORC began its licensing pitch to the CCC on Wednesday but the discussion spilled over into Thursday. Despite the in-depth probing, the CCC voted unanimously to approve ORC’s application.

The property, which formerly operated as Revel until declaring bankruptcy for the second time in 2014, plans its grand (re)opening on June 28. ORC owner Bruce Deifik told the CCC that he wouldn’t make the same mistakes that plagued the $2.4b Revel’s opening from day one.

Smoking will also be permitted at ORC, and the floor layout has been rejigged to make navigation less of a compass-worthy exercise. ORC’s CFO Alan Greenstein believes the property can capture a 10.5% share of Atlantic City’s casino market this year, rising to 12% by 2010.

ORC’s gaming floor will feature a William Hill-powered sportsbook at its core, and New Jersey Gov. Phil Murphy is scheduled to take the first wager when the property opens for business at 1pm on June 28.

BUDGET IMPASSE THREATENS GAMING OPERATIONS
ORC will open two hours after Hard Rock International opens its Hard Rock Atlantic City (the former Trump Taj Mahal). But neither casino will remain open for long unless state legislators can resolve their current budget impasse before the June 30 deadline, after which a government shutdown of non-essential services would occur.

Under New Jersey law, if a government shutdown persists beyond seven days, the state’s gaming operators must also close, due to the fact that government gaming regulators will no longer be at their posts. A bill was proposed last year would have designated the state’s gaming industry an essential service but it failed to pass.

Budget votes are scheduled in both of the state’s legislative chambers on Thursday, but Gov. Murphy is pushing for higher sales taxes and income taxes on millionaires, while legislators are pushing for higher corporate taxes. Neither side appears eager to budge, so watch this space…