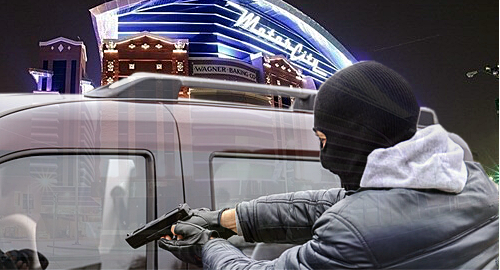 Detroit police have busted a gang that preyed on high-rolling gamblers who won big at local casinos.

On Thursday, local CBS affiliate WDIV reported that three individuals had been arrested in connection with a scheme that involved several robberies and carjackings of victims who’d just left the MGM Grand Detroit and MotorCity casinos.

The incidents occurred last September, and involved one gang member observing activity in high-limit gambling areas, then following high-rollers into the properties’ parking garages to identify their vehicles. The other members of the gang would wait in the parking lot, then follow the VIPs’ vehicles in their own cars.

Police checked the casinos’ parking lot security videos to identify the vehicles involved in the carjackings, then set up a sting to tail the vehicles, eventually catching the perps in the act. The trio have been charged with multiple offenses, including conspiracy to commit carjacking and use of a firearm during and in relation to a violent crime.

Casino patrons who wager more than most have occasionally been targeted in more creative ways, including an incident in Maryland in which the perps affixed a GPS tracking device to a VIP’s car, trailed him to his home and robbed him there.