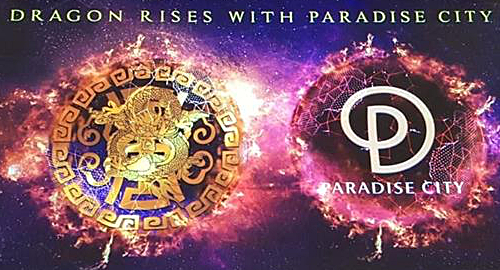 Cryptocurrency firm Dragon Corp’s plans to build a floating casino in Macau appear to have sprung a leak but the company claims its VIP gaming business is off and running in South Korea.

On Tuesday, Macau Business reported that Brova Idea AS, the Norwegian firm that Dragon Corp enlisted to develop its floating casino, had backed out of the project last November because, among other things, Dragon Corp kept delaying its first scheduled payment.

Brova Idea chairman Milo Andric told Macau Business that he’d traveled to Hong Kong at his own expense while his company was still in negotiations with Dragon Corp, to help pitch the project to investors.

At Dragon Corp’s opening ceremony, while Andric was on stage, he said that Dragon execs presented him with a contract and invited him to sign there and then. Andric demurred, saying he wasn’t in the habit of signing things he hadn’t read.

Instead, the parties signed a “pro forma contract” onstage, with the Dragon execs promising to eventually replace it with a final contract. But Andric said the final contract “never materialized,” leading him to pull the plug.

DRAGON PLANTS FLAG IN SOUTH KOREA’S PARADISE CITY
Dragon Corp has been mute about its current floating casino plans, but Dragon Corp CEO Chakrit Ahmad held a Ask Me Anything session last month during which he claimed the company hoped to launch its Macau VIP gaming operations later this year.

Macau regulators have made it clear that they have no plans to authorize any crypto-related gaming operations, but Ahmad insists that won’t affect his company because it is “basically a wallet system powered by blockchain technology.”

Ahmad explained that Dragon provides casinos with fiat currency upfront, which in turn allows Dragon “credits” that it can assign “to whomever we want.” Ahmad provided an example in which a gambler transferred Bitcoin to Dragon in exchange for chips, thereby leaving the casino totally out of the picture in terms of handling crypto.

Ahmad claimed to have partnered with 30 junket operators, who he promised to identify “after the legal issues are fixed.” Dragon said its junket partners were sharing their VIP gambling clients with Dragon “on a trial basis before they accept DRG in their VIP rooms.” Ahmad said these junkets “have pledged in fiat and we have the cash already with casinos.”

Dragon announced a deal in March to use its token in the VIP gaming rooms of Grand Korea Leisure’s casinos but Ahmad confessed that the deal had fallen through due to “people not understanding Dragon” or its business model.

In May, Ahmad announced the “pre launch” of what it says is a Dragon-branded VIP room at Paradise Co Ltd’s Paradise City integrated resort in Incheon, with the ‘final’ launch expected sometime in July. Ahmad said its Dragon Room at Paradise would be the company’s “proving ground.”

Dragon has previously identified multiple Asia-Pacific markets in which it hopes to plant its flag, including Cambodia, Japan, Laos, Thailand and Vietnam. More recently, Dragon Corp has been pimping plans for a Dragon Exchange Platform, promising “fees as low as 0.1%.”

During his AMA, Ahmad claimed Dragon had raised about $380m via its ICO public investment round this spring, along with inside investing and open deposits, but Ahmad said an additional $45m was wrapped up in two pending contracts with companies “in a county where anti-money laundering regulations are quite strict.” This is in addition to the $320m the company claimed to have raised last year via its four original junket partners. As with all proprietary crytpo tokens, only time will tell whether this dragon is merely blowing smoke.