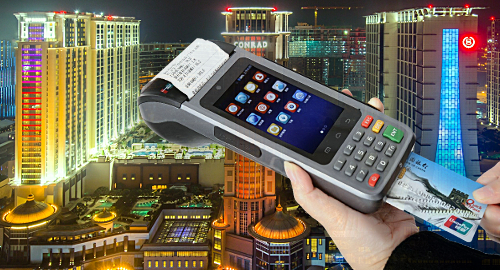 Macau officials insist there’s no new crackdown on the use of China UnionPay mobile banking terminals in casinos, despite reports to the contrary.

On Tuesday, analysts at both Sanford C. Bernstein and Morgan Stanley issued separate notes claiming that officials had removed UnionPay terminals from pawnshops located in casinos on Macau’s Cotai region.

The affected casinos were operated by Galaxy Entertainment Group, Melco Resorts & Entertainment and Sands China. Other Cotai operators weren’t affected – there aren’t any pawnshops in Wynn Resorts and MGM China’s Cotai casinos – and casinos on Macau’s peninsula region also weren’t targeted, despite that area being where most of the pawnshops are located.

The removals were reportedly ordered by the local branches of ICBC and Bank of China. Chinese banks have been upgrading their UnionPay hardware to comply with increased know your customer (KYC) demands, which aim to cut down on sketchy transactions in the world’s premier gambling hub. But Morgan Stanley reported Wednesday that many pawnshops are in the dark as to when they might get replacement terminals.

Analysts feared that the removals, which weren’t telegraphed in advance by any formal policy statement, could represent further tightening of unauthorized capital outflow. But the Monetary Authority of Macao said Wednesday that there was no new ban on the use of UnionPay terminals within any particular industry.

In the past, UnionPay terminals have been reconfigured to appear as if transactions are taking place on the Chinese mainland, thereby avoiding China’s strict capital controls.

Last year, UnionPay installed new facial recognition technology on its Macau-based automated teller machines in order to cut down on individuals using multiple bank cards to withdraw large sums of money. Macau casinos have so far weathered the increased KYC controls without a negative effect on their gaming revenue.

In May, Macau authorities arrested 226 individuals connected with illegal money exchange services that had been operating on the periphery of local casinos. The arrests followed a viral video of a 10-man brawl outside a Cotai casino that was reportedly related to these money exchange operations.