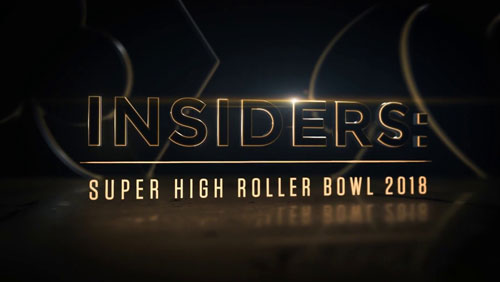 Day 1 of the Super High Roller Bowl is in the books with Daniel Negreanu taking a giant lead into Day 2, with almost double the chips of his nearest challenger, Jason Koon, while his nemesis Doug Polk is amongst 18 players who hit the rail, including the 2015 champion, Brian Rast.

Poker Central’s jewel in the crown is currently on display over at PokerGO. The $300,000 buy-in Super High Roller Bowl (SHRB) looks shiny and new like its mother has gozzed a great pool of spit on the thing and rubbed it dry with the cardy that covers the scar along her wrist.

The mouths that sit on the same faces that connect to the ears that I bend tell me that this thing is THE greatest thing in poker.

Greater than the World Series of Poker (WSOP) Main Event.

Greater than the One Drop.

Greater than the new Avengers movie.

48 players will compete for $14.4m in prize money, a $5m first prize, and a boost to the ego many of them could do without.

The full lineup was unknown until the last minute.

30 players were lucky enough to win a seat in a random lottery. The organisers turned all nepotistic when they invited 17 more, and Timofy “Trueteller” Kuznetsov won his place in a live satellite.

At the last minute, Andrew Robl stepped down allowing The Poker Masters Champ, Steffen Sontheimer, to claim a seat that should have been his all along. And when I woke up this morning, I learned that Tony G must have danced too hard during the Electric Daisy Carnival (EDC), because the European Member of Parliament (MEP) also stepped aside, as the curtain was about to rise, and in waltzed none other than Phil Ivey.

The pre-match hype on social media surrounded a seat draw that saw Daniel Negreanu sitting to the left of his nemesis Doug Polk. It’s safe to say that this pair has little respect for each other, and Polk produced a few laughs when he removed his shirt to reveal a More Rake is Better undershirt to stick the needle into the japseye of his buddy Negreanu.

As you would expect, Negreanu would have the last laugh, finishing the day with 1.6m chips, nearly double that of his nearest competitor, Jason Koon, while Polk and his t-shirt hit the rail hard. Koon recently dominated the Triton Poker Series in Montenegro winning over $4m, and then returned to Vegas in time to win $1m in the recent $100k at the ARIA, so you would be foolish to bet against another huge score from the man who looks very much like a man. 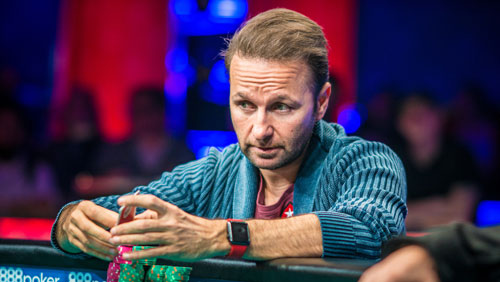 The bookies had Negreanu pegged as the joint 12/1 favourite alongside Adrian Mateos. The Global Poker Index (GPI) #1 Stephen Chidwick began as the third favourite at 14/1. Mateos busted during the final hand of the night. Chidwick finished in the Top Five.

Joining Negreanu, Chidwick and Koon in the Top 5 are Steffen Sontheimer and Chidwick. I would love to see Sontheimer win the event after the debacle of not including him in the original lineup. I had the fortune of an intimate chat with Kenney in Montenegro, and I can tell you that this man is on fire.

Day 1 consisted of seven levels, and joining Polk on the rail was this array of brilliance:

Of the three former champions, Brian Rast was the only one not to make it, the victim of a Kathy Lehne uppercut. The only female to enter the competition ended the day sixth in chips. Rainer Kempe (2016) and Christop Vogelsang (2017) both finished the day with chips in a plastic bag.

Here are the Top 10 Chip Counts

You can read the full list, and the rundown of Day 1 action at PokerNews.