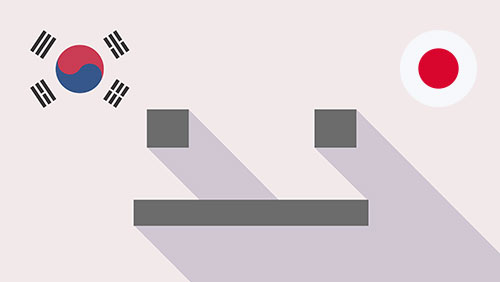 The World Poker Tour announces additional tour stops in Japan and South Korea in the wake of owners Ourgame International admitting six of their staff were involved in the recent illegal poker scandal in China.

One of the toughest experiences a young boy can face is watching his old man get a beating. There was a time he held your hand, and you thought they were shovels. He was a giant, your protector. And then someone comes along and kicks everything you knew about the world in the head.

The World Poker Tour (WPT) has watched from afar as their father has been whipped and walloped this week. In June 2015, Ourgame International Holdings acquired the WPT from bwin for $35m. It was an appropriation that was supposed to herald a new era. A poker boom in Asia. Then the Chinese government began cracking the whip.

On June 1, social poker apps die in China. It’s like Thanos has clicked his purple finger. It seems ‘someone’ had been using the social poker apps as a veil to underground cash games generating millions of dollars in revenue. According to press reports, that ‘someone’ consists of several people, some of which occupy senior positions in Ourgame International Holdings.

In a press release issued from the company, Ourgame admitted that Chinese officials had arrested six of their employees in connection with running illegal poker games. These include the executive vice-president, head of poker game unit and a person responsible for taking care of VIPs.

The statement issued by the company made it crystal clear that none of the decisions that got the six into the hot water had anything to do with Ourgame, and that all acted out of personal interest.

Does this spell the end of the WPT’s presence in Asia?

The WPT has announced plans to add stops in Japan and South Korea by the year-end.

First up is WPT Japan.

After Japan, the crew head to Paradise City Casino in Incheon, for WPT Korea. The festival runs from September 18-24, with the KRW 1.1 million buy-in Main Event taking place 21-24.

There will also be a High Roller, an array of side events, and for the first time a WPT Teams Event.

The WPT Teams Event runs Sep 19-21, with 16 teams each paying a $5,000 entry fee. Players will compete in up to six different formats of poker with the winning team earning a WPT Korea Main Event seat. There are four persons per team.

The events are the first created by WPT Live Events Specialist Danny McDonagh, who PokerStars recently appointed as Executive Tournament Director for PokerStars Live. McDonagh has a vast amount of experience working in the Asia-Pacific region with Stars and Crown Melbourne.