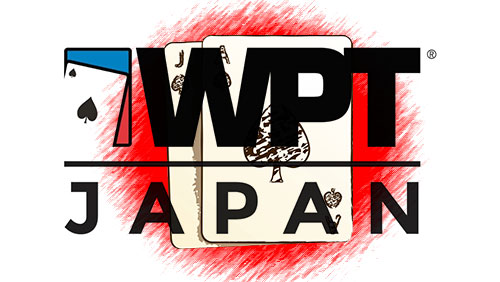 Have you ever heard of cultivation theory?

It’s a theory that people who watch too much TV develop a belief that TV land is real and that the world is more violent than it is.

nutter sitting on the throne in the North.

I didn’t think that was ok. TV land (ok, more Internet news land) has repeatedly told me of North Korean missiles landing in the sea near Japan. And if the nukes don’t shake the shit out of the country, then the earthquakes will get him.

Japan is the last place I would want to be.

But, I’m not wholly sure my reasoning is sound.

Financially, the golden economic triangle of China, Japan and South Korea is booming. This triumvirate is responsible for a quarter of the world’s output of electronic gadgets, rice, and all manner of crap that we waste our money on.

The combined trade surplus rings in at $400 billion.

Not everyone is sweating about nukes and earthquakes.

The World Poker Tour (WPT) doesn’t lose a bead of sweat over such things. The premier TV poker show generates cultivation theory of its own – not violence, but tip-top poker content.

The WPT convinces you that you can qualify for a WPT Main Event playing for peanuts and become a WPT champion.

And it’s selling that story in Japan.

Last month, the WPT’s owners OurGame International announced a subscription share scheme designed to raise HK$416 million (US$53.31 million) for future investment earmarking close to HK$90 million (US$11.53 million) of that kitty for the WPT’s growth in Japan and South America.

This weekend, the first-ever WPT Japan Main Event came to a successful conclusion after 469 entrants took their shot at winning a US$10,000 WPT Multi-Passport package to compete in a WPT event anywhere in the world.

The presence of OurGame CEO Frank Ng and WPT CEO Adam Pliska emphasised the signification of the event.

The WPT ran the event in partnership with the Japan Poker Union Corporation. Players arrived from over 30 different poker clubs throughout Japan, as well as via online satellite routes on OurGame and Natural8 online poker rooms.

Given the stringent laws on poker in Japan, the event was somewhat unique. Players who qualified one-time via the poker club route began with 15,000 chips. Those fortunate to receive two or three packages started with 20,000 or 25,000 respectively. There was also a 20,000 starting stack for people choosing to buy-in directly for JPY25,000 (US$225).

The winner was Eiji Kimura, who began as the chip leader with 14-players left and coasted through the day like a receptionist without a boss. Kimura gets the opportunity to spend his US$10,000 playing in a WPT event anywhere in the world. Let’s hope Kimura spends most of his TV time watching the WPT, or else he may choose a WPT event in Europe and never return to the land of nukes and earthquakes.

The WPT Change the Deck

But this hasn’t stopped the WPT from reaching out and finding new partners. With immediate effect, the WPT’s playing cards of choice come from FadedSpade.com.

FadedSpade is the idea of Tom Wheaton, a part-time poker player and sales & marketing executive leader. Inspired by Gary Vaynerchuk’s book Crush It, Wheaton gravitated away from the poker tables when his family began growing in number, and now he’s partnered with one of the most successful poker operators in the world.

“The vision for Faded Spade is to be the number one poker and playing card brand in the world,” said Wheaton.

The lad has made a decent choice with his first partner.

Looking for the perfect #StockingStuffer for your favorite poker fan? Give the gift of @FadedSpadeCards, the preferred playing cards of the WPT!

Use code WPT at https://t.co/WjyDYVfql4 for 20% off your entire order this holiday season. pic.twitter.com/WGn9HSIXKf