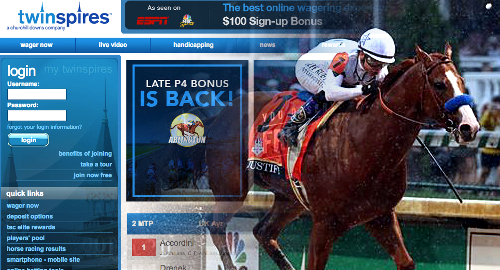 On Saturday, the 144th Kentucky Derby set new records for wagering on both the overall Derby Day program and on the day’s marquee race itself, which saw betting favorite Justify live up to its advance billing by finishing with a comfortable margin of two-and-a-half lengths.

The gains came despite a steady downpour of rain on Saturday, which relegated the on-track attendance to no better than eighth-best in track history. Attendance over the five-day event improved 7% to just over 375k.

Fortunately, it never rains at CDI’s advance deposit wagering site TwinSpires, which reported online handle of $39.2m on the day’s slate, up 15% year-on-year. TwinSpires’ handle on the marquee race rose 18% to $24.6m.

CDI CEO Bill Carstanjen said he expected the week’s activity will result in the company’s Q2 adjusted earnings “to reflect another record with $11-to-$13m of growth over last year.”

CDI isn’t the only one counting their Derby dollars. ESPN reported that a Wynn Las Vegas bettor collected a hefty $150k prize after putting down a $500 wager on Justify at odds of 300-1 way back in February.

An even larger payday was collected by an unidentified woman from Austin, Texas who accurately parlayed the winners of Derby Day’s Races 8-12. The Pick 5 wager of $18 ultimately returned a whopping $1.43m, a result that a Retama Park, Texas track spokesperson called “unheard of.”