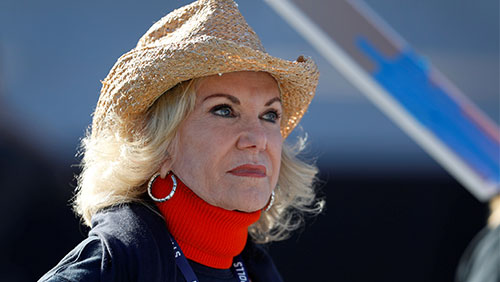 This really shouldn’t be a shocker to anyone. Ahead of Wynn Resorts’ annual general meeting, scheduled to be held this month, Elaine Wynn has decided to sue the company for not releasing its shareholder records.

Wynn, who became the largest shareholder after her ex-husband, Steve Wynn, resigned from the company, filed the suit in Nevada. She is hoping to get the courts to obligate the company to release all shareholder material to which she is legally entitled. The suit also requests that the annual meeting be postponed until the lawsuit is settled.

According to Nevada law, Elaine Wynn is entitled to see the names, contact information and number of shares owned by each common stock owner of the company, provided the individual has authorized the release of the information. A representative for Wynn stated, “Providing the NOBO [non-objecting beneficial owner] list is standard practice under Delaware law and both federal and state courts have ruled that shareholders of a Nevada corporation are entitled to the list.”

Elaine Wynn recently started a campaign to have the current company’s director, John J Hagenbuch, removed at the end of his term this month. She sent a letter to all shareholders, requesting that they join her “Withhold the vote” campaign, in an effort to remove some of the “legacy directors from the board.

About Hagenbuch, Wynn stated in the letter, “He was on the compensation committee when Mr [sic] Wynn’s pay was called into question in 2015,” adding that, “The company did not hold a say-on-pay vote in 2015 or 2016 and at last year’s annual meeting, the say-on-pay proposal received only 59% support. This puts the company in the lowest 10% of Russell 3000 companies holding say-on-pay votes in 2017.”

There’s no love lost between Elaine Wynn and the current board of directors. The disdain on both sides of the table is evident; however, as a majority shareholder, she has a strong chance of being able to get her way. The ongoing saga continues, so stay tuned for next week’s exciting episode.