Home / Business / Kenya to impose 20% tax on all gambling winnings 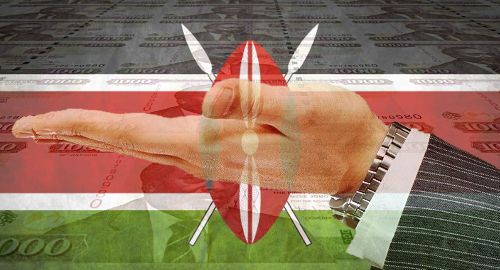 Kenya’s gamblers are crying foul after the government revived controversial plans to impose a 20% tax on gambling winnings.

On Thursday, local media reported that Kenya’s government had tabled a draft of the Tax Laws (Amendment) Bill 2018 in Parliament on Wednesday. Among the bill’s more controversial provisions is the imposition of a 20% tax on all lottery, betting and gaming winnings.

Assuming the new Bill is adopted, Kenyan gambling operators would be required to withhold 20% of players’ winnings on behalf of the taxman. A similar withholding system was abandoned in 2016 due to myriad problems associated with its implementation but the government appears confident that it has now sorted out these issues.

The draft Bill follows the imposition on January 1 of the new uniform 35% tax on gambling operators’ revenue. Kenyan sports betting operators, who had been paying only 7.5% tax, vigorously protested this change, saying it made their business untenable and would force them to pass on the costs to their customers.

The Pambazuka National Lottery, which had been paying only 5% tax on its revenue, suspended its Kenyan operations the same week that the tax kicked in. Both Pambazuka and sports betting operator SportPesa filed legal challenges of the new tax, based on their claims that the law was unconstitutionally approved last summer.

It’s unclear whether the government intends to use the new winnings tax as a means of reducing the tax on operator revenue. Operators have been trying to lure the government to the negotiating table to find some way of reducing their tax burden and ensuring that Kenyan-licensed operators can still compete in the local market.

However, Kenya’s government claimed last summer that its tax hike was intended to temper the growth of gambling activity in the country, particularly among local youth. The winnings tax would appear to be a further step toward reducing gambling’s appeal.