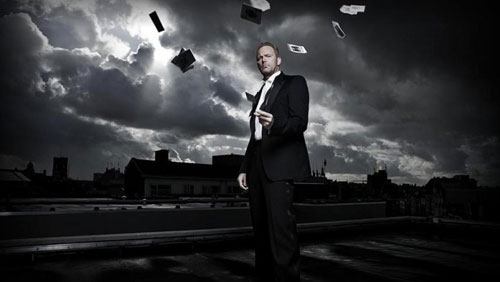 partypoker LIVE will use Marcel Luske’s International Poker Rules, seeing them break away from the traditional standard set by the Tournament Director’s Association. 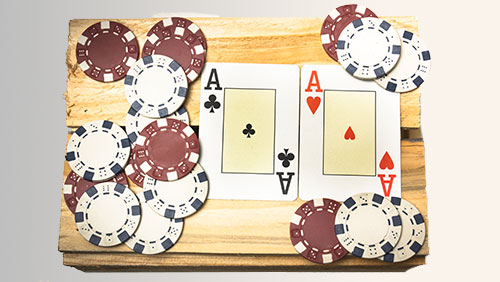 I feel guilty sitting in Coffee #1. The steam rises out of a Starbucks flask filled with hot water, lemon and apple cider vinegar. But there are no rules against this kind of thing, and I doubt ‘Barista Joanna’ has travelled all the way from Colombia to get into an argument with a cheapskate from Cardiff.

My premeditated response is: “Is it in the rules?”

I don’t know if Coffee #1 has a rulebook. If it does, it’s highly unlikely that the rules are the same as Starbucks, Lufkin or the Little Man Coffee Company – four different outfits with one thing in common.

Poker is the same.

partypoker, PokerStars, 888, Unibet, World Series of Poker (WSOP), World Poker Tour (WPT) and anyone else putting on a live poker game for Gollum’s little fishes all have different rules and regulations, despite having the same thing in common.

Why Does Non-Conformity of Rules Bug Marcel Luske?

Thanks to a tidy little piece from PokerNews’ Frank Op de Woerd I know that Marcel Luske began his mission to consolidate live poker rules a decade ago.

At that time, Luske was moving from casino to casino trying to make enough money to keep putting the beer cans in his fishing pail and to dry clean his suits, when it struck the Flying Dutchman that there were rule differences in every establishment.

The mission to create the International Poker Rules began.

Poker Hall of Fame member, Jack McClelland, incorporated Luske’s bible during his time as the head of the Bellagio Poker Room. More recently, Simon Trumper implemented them at Dusk till Dawn, and the pair has once again teamed up, this time to introduce the rules on the partypoker LIVE circuit.

partypoker LIVE to Use New Rules

Luske apart, when someone wants to find an answer to a poker rules question they look for it at the Tournament Directors Association (TDA) website. The TDA is the gold standard for poker rules throughout the world.

Despite most organisations using the core of the TDA rules, each company tailors them to meet the needs of their customers leading to the problem that Luske is trying to combat, but I think it’s a bowl of jelly that nobody is ever going to keep still.

Luske failed in his attempt to convince the European Poker Tour (EPT) to implement his rules when a PokerStars Ambassador. He has not failed to persuade his new employer to give them a whirl, with partypoker LIVE willing to apply them. The MILLIONS brand creator believes the rules benefit the players, and this falls in line with their primary value of ‘service’.

Luske has teamed up with the former World Series of Poker Europe (WSOPE) Main Event final tablist, Mathijs Jonkers, to give the International Poker Rules website a spit wash. While the move away from TDA orientated rules by partypoker creates more of a global divide (exactly what Luske and Jonkers are fighting against), they are hoping that partypoker will eventually become the standout live tournament operator and benchmark setter.

The primary problem that Luske and Jonkers believe they have solved is to remove as much ambiguity and points of interpretation as possible. The Dutch duo thinks the less involved the Tournament Staff are in a game, the better it is for the players, and I have to agree.

Nobody can wear a suit that immaculate.

Marcel Luske is a robot.