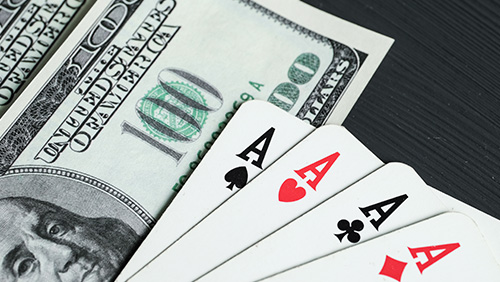 The final of partypoker LIVE’s MILLIONS Europe Main Event ended in a Czech one-two after the Brits, French and Austrians come up short.

You know the drill.

The sun salutes as you sit on your decking, chewing the fat over a cup of tea with your buddy.

The topic of conversation is contagious fairytales, and if you’re a professional poker player, that involves a discussion on competing for heads-up in the final of a major tournament.

A month ago, that’s what happened to Lucas Zaskodny and Josef Snejberg who bonded over a spot of gardening. Today, the pair played heads-up in partypoker LIVE’s MILLIONS Europe Main Event for a share of €1.6m.

The €10,300 buy-in partypoker LIVE MILLIONS Europe Main Event attracted 504-entrants. After four days of intense sinking sand action, Charlie Carrel came into the final table with the chip lead, the heat, and all the skills and experience.

Carrel is one of the most talented players in the world. He’s won $8.7m in live tournament earnings, and a PokerStars Spring Championship of Online Poker (SCOOP), Main Event title, to boot.

With the creation of a non-profit his primary focus, Carrel hadn’t played a lot of live poker. However, he did smash the European Poker Tour (EPT) in Monte Carlo with four final tables in high rollers ranging from €10,300 and €100,000. A few days ago, he won the £50,000 No-Limit Hold’em for £1.3m at the Triton Poker Super High Roller in London.

Roberto Romanello is a former World and European Poker Tour winner. Currently concentrating on his online game after becoming a father of twins, this was his first big splash of 2019. His last win was a highly competitive $10,300 High Roller during the partypoker Caribbean Poker Party (CPP) for $450,000.

Something has changed in the life of Sam Grafton.

Romain Lewis was one of the stars of the 2018 WSOP making three final tables. It’s been a quieter year, but he’s still a massive pain in the arse for anyone. Josef Snejberg has the coordinates to the partypoker LIVE End Boss after finishing runner-up to Jerome Sgorrano in the €1,100 partypoker Eurasian Poker Tour (EAPT) in Prague for a career-high €106,500. And Lukas Zaskodny has a WSOP bracelet after winning the €2,200 Pot-Limit Omaha (PLO) event at the 2017 World Series of Poker Europe (WSOPE) in this very casino.

Here was the order of merit at the start of the final day.

Rastislav Paleta was the first player to leave the final table party, and it was a cooler. Paleta picked up pocket queens, at the same time, Charlie Carrel looked down and saw pocket kings, and that was all she wrote.

Carrel was like a vandal, spray-painting his unique style of poker all over the final table. The mural began taking shape. Carrel. Trophy. Title. A million bucks.

Then his canisters ran dry.

Severin Schleser was the first to deliver a cut when his AK beat Carrel’s pocket tens. Big Slick would take another slice of flesh from Carrel when Roberto Romanello moved all-in with the same hand, and Carrel called with AQ. Then Josef Snejberg sent Carrel to an unlikely rail when AJ out flipped pocket sevens, and pocket nines beat KQ.

The final table began with three players from the U.K., and that dwindled to one after Romanello lost a flip with pocket nines versus the QJhh of Romain Lewis after the Frenchman rivered Broadway.

Then we were shorn of Brits after Sam Grafton fell in fifth place, losing two-terminal hands against Lukas Zaskodny. First, Grafton lost AQ versus QJ, and then KQ versus pocket sevens, and quicker than a salute, Zaskodny was in pole position with four remaining.

Lewis fell short before doubling through Schleser Ts7s versus AsKd after rivering an unlikely straight. Zaskodny picked the rest of the flesh off the bone after cracking his pocket aces with Qc4h.

Schleser had barely left the table when we reached heads-up. Lewis moved all-in from the button holding Kc9h, and Snejberg called and won with AsJc.

The heads-up began with Zaskodny holding a 312m v 192m chip lead and €806,770 opposed to the €718,230 that Snejberg would collect after the pair agreed upon a deal that left €100,000 in the middle. The duel was exciting with the lead changing hands several times before Zaskodny’s pocket tens beat AT to claim the title.