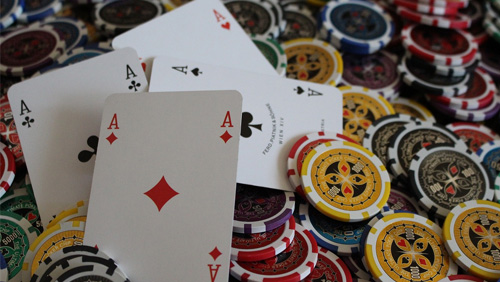 Another ballad from Triton Million London after Charlie Carrel wins a tumultuous heads-up battle with Jason Koon to take down Event #2: £50,000 No-LImit Hold’em.

Jamiroquai sings of having ‘canned heat in his heels’, and when it comes to poker, Charlie Carrel and Jason Koon also whizz around with the heat of the sun picking up their soles.

The two of them appeared in the final salvo of Triton Million London Event #2: £50,000 No-Limit Hold’em Hold’em Eight-Handed after the Hilton Hotel kicked them out at 4 am so that the cleaners could do their job free of the padded walled sound of riffling chips.

Carrel began with a 9.6m – 12.1m chip deficit, and an urge to win crystallised by bubbling event #1: £25,000 No-Limit Hold’em Six-Handed Turbo. Koon knew if he could win the necessary flips, he would win an unprecedented fourth Triton title.

As both players were as sharp as a rat’s teeth, it was always going to come down to the luck of the flips. The first one went to Koon when K5o beat pocket treys, but Carrel clawed his way back into contention, winning with AJo versus 97o.

The final hand pitted Carrel’s Q2 against Koon’s K9, and after the flop and turn produced a stillness for Carrel, the 2d on the river brought a ’Sick!” from the pearly whites of the lad from the U.K.

Event #2: £50,000 No-Limit Hold’em Hold’em Eight-Handed attracted 109-entrants, and Carrel’s victory was his first in a Triton event. The former online star has now earned more than £8.8m playing live games, and this is his third seven-figure score, and his most significant bump to date beating the $1.2m he earned for winning a 215-entrant €25k in the 2015 European Poker Tour (EPT) Monte Carlo.

While Koon failed to tear himself apart from Mikita Badziakouski’s record of three Triton wins, he did overtake the Belarusian in the Triton All-Time Money Earned rankings. The Triton Ambassador has now earned close to $12m playing in these incredible events.

Outside of Carrel and Koon, Linus Loeliger followed up his win in Event #1: £25,000 No-Limit Hold’em Six-Handed Turbo, with a third-place finish – his third Triton final table in successive events. Kahle Burns followed up his sixth-place finish in Event #1, with a fourth in this one, and Matthias Eibinger continued an incredible patch of consistency that saw him make money in nine ARIA Summer High Rollers.

Here are the payouts.