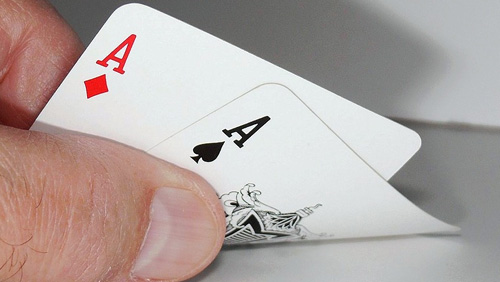 3: Barrels with a partypoker theme including results from the partypoker LIVE sponsored Merit Poker Classic, a deep run in the Sunday Million from Matt Staples, and Stephen Hendry partners with partypoker.

partypoker LIVE has partners the world over, and one of these is the Merit Crystal Cove Hotel & Casino in Kyrenia. Yesterday, I told you how Andreas Christoforou won the $5,300 buy-in, $3m GTD Merit Poker Classic, but I failed to give you the results of the undercard – and it was a bloody good undercard.

Only a few live tournament operators can piece together a $25,500 buy-in event, but Merit managed it. The event attracted 28-entrants (including 11 re-entries), and the Cypriot, Giannis Konstas, took the $323,447 first prize after beating the Russian star Vladimir Troyanovskiy, heads-up.

Here are those ITM results.

It was only Konstas’s second ITM finish of his life, with his previous score recorded two-years ago.

There was also a $10,500 No-Limit Hold’em High Roller, and 69 entrants (35 re-entries) created a prize pool not far off a million bucks. The Spaniard Vincent Ramon won the $276,360 first prize after beating Anton Morgenstern, heads-up. Igor Yaroshevskyy finished third, and the Global Poker Index (GPI) #2, Rainer Kempe, finished seventh in that one.

There was also a juicy $2k event.

One partypoker ambassador that didn’t travel to Kyrenia was Matt Staples. The online poker room didn’t sign Staples for his live prowess, they pay him to be a rock n roll star, online, and this weekend, he didn’t disappoint.

Staples finished third in the 6,632 entrants $215 PokerStars Sunday Million Special Edition, clocking in a personal best score of $92,812.18. Staples was the first player that Rob Yong and the partypoker team signed to represent Team Online, and it was a lovely moment for the lad.

Will Stephen Hendry become the next partypoker ambassador?

The seven-time World Snooker Champion has earned close to £9m banging balls, but in May 2017, he signed on the dotted line to represent PokerStars and BetStars as an ambassador, making several appearances at the now-defunct PokerStars Festivals.

Is partypoker a potential new home for Hendry?

Trying to improve my poker on @partypoker with The Mygame report card,not as bad as I feared but definitely room for improvement. #paidpartnership #ad pic.twitter.com/QZXHmK7Sea