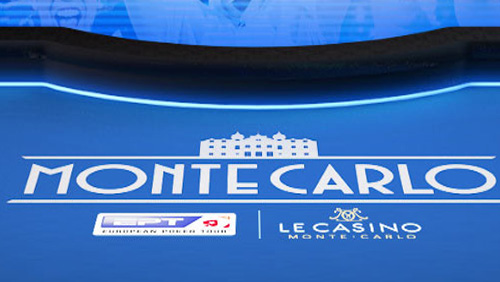 The equator is an imaginary line that separates the Northern and Southern hemispheres. There’s also an invisible line separating hemispheres in poker. On one side of that line, are people for whom a $10,000 buy-in event is a dream, and on the other, we have a bubble within a bubble that eats $10,000 buy-ins as a snack amid a long-arse movie, like Avengers: Endgame.

The Poker Gods pulled out their whips to corral those in the expensive hemisphere into the expensive quarters of the PokerStars European Poker Tour (EPT) in Monte Carlo, and we’re going to bring you up to speed on the remnants of that bad boy.

We begin with the Jupiter of EPT Monte Carlo, the €5,300 buy-in Main Event, and a final table that included a former World Series of Poker (WSOP) Main Event winner, and two Triton Poker Series Champions, one of whom took the whole thing down.

Timothy Adams is one of the most in-form players in the world right now. The Canadian won a $25k in the PokerStars Caribbean Adventure (PCA), the Triton Poker Series Jeju Main Event, and a €25k event earlier on in the Monte Carlo monster mash.

Adams showed incredible buoyancy to make the final table of a 922-entrant field (the third largest in EPT Monte Carlo history), but the hurricane ran out of puff in the eighth spot.

One of those five was Ryan Riess, and the 2013 WSOP Main Event winner finished fourth. Once the Beast was beat, the final three players agreed upon a deal that left €78,061 to play for and Manig Loeser, Wei Huang and Viktor Katzenberger were the triumvirate hoping to fly close enough to the golden trophy to win the first prize, but not close enough to end up doing an Icarus.

Katzenberger’s tournament ended in the third place when his A8 failed to beat the AK of Huang, and that left Loeser with a small chip advantage during heads-up play with 15.5m playing 12m.

Loeser would later tell PokerNews that the heads-up phase was the only time he questioned whether he would take it down, pouring praise on the aggressive play of Huang.

The final hand saw Loeser call a 1.2m open from Huang holding Qh8h (Huang had Ks8c). The action checked to the turn on Jd9c5sTc to give Loeser the straight, and Huang moved all-in after Loeser led for 1,400,000. The snap-call followed that play, and after the Ad hit the felt, Loeser was saying cheese to the camera for the seventh time in his career.

The Best of the rest

Loeser is a member of the No-Limit Gaming (NLG) Stream team, and the Germans came close to securing a triple whammy as EPT Monte Carlo slowed down to a crawl.

Rainer Kempe continued a run of form that’s seen him win nine tournaments in the past 12-months when he won the 53-entrant €25,000 No-Limit Hold’em event. Kempe beat the Brazilian tandem of Joao Simao and Andre Akkari when three-handed, and has now earned more than $20m in live tournament earnings.

Koray Aldemir came close to making it an NLG clean sweep when he stumbled on the last lap of the penultimate €25k of the series, allowing the baton to fall to the feet of Benjamin Pollak. The Frenchman picked it up, ran with it, and earned the tenth win of a career that’s also seen him make an appearance at the WSOP Main Event Final Table. Aldemir is also in fine form after winning $25,000 events in the US Poker Open and the Patrik Antonius Poker Challenge.

If there were a Player of the Tournament award, it would go to Charlie Carrel who made four final tables finishing fourth and third in €10k events, fourth in the €25k and sixth in the €100k.

The time PokerStars host a live event it will be in Madrid for the inaugural EPT Open 26-30 June.